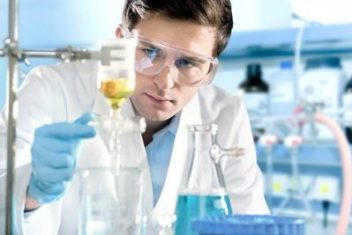 It seems that there is more error in the trial-and-error of clinical scientific trials and academic research these days. With a majority of academic and medical research not reproducible, the California-based Scientific Exchange recently announced the creation of a program to help fact-check experiment findings.

Through the initiative, a 10-person board of scientists will review and validate scientific findings, thus improving the trustworthiness of clinical papers and reports. The Reproducibility Initiative is being put together by the Science Exchange, an online marketplace for scientists, in conjunction with two online scientific publishing websites.

“Recent studies indicate that up to 70 percent of research from academic labs cannot be reproduced, representing an enormous waste of money and effort,” Dr. Elizabeth Iorns, Science Exchange’s co-founder and CEO said in a written statement. “In my experience as a researcher, I found that the problem lay primarily in the lack of incentives and opportunities for validation — the Reproducibility Initiative directly tackles these missing pieces.”

Being able to validate study results is key to the future creation of successful medications and to future funding opportunities. Scientists themselves say an impartial third-party is also a key component to medical research overall.  C. Glenn Begley, a former head of cancer research in the biotechnology industry, said there are too many incentives to publish flashy, yet inaccurate study results.

Incentives indeed. In 2010, Dr. Scott Reuben pleaded guilty to one count of federal heath care fraud after admitting he falsified 21 research papers, including several that touted the benefits of Vioxx, a powerful painkiller that has been the focus of thousands of lawsuits. Reuben was reported to have received thousands of dollars in grant money for the research.

In 2011, a Kansas doctor and a researcher admitted to conspiring with a pharmaceutical company to falsify research data. The clinicians worked for a research institute that was paid by Schering-Plough, a subsidiary of the pharmaceutical giant Merck. Also in 2011, a whistle-blower accused drug giant Takeda Pharmaceuticals of falsifying data to make its blockbuster type 2 diabetes drug Actos seem safer.

More recently, the North Carolina-based Cetero Research was found to have forged thousands of clinical trial documents for drug companies to allow them to gain federal approval. The U.S. Food and Drug Administration (FDA) has allowed the company to continue its work under a new name, PRACS Institute.

Begley himself and a team of scientists recently set out to replicate 53 clinically important experiments in cancer. The scientists were unable to duplicate the findings of 47 of the 53 research projects. Begley said that sloppy reporting and poor experiment procedures are the most likely problems with the initial experiments. Outright fraud, such as that seen in the Vioxx cases, accounts for only a small amount of the failures, Begley said.