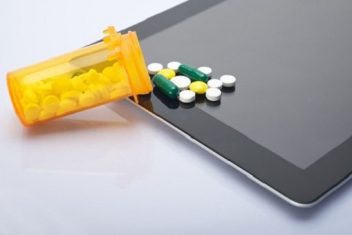 Drug companies have taken notice and are reaching out directly to patients via social media. Some experts are concerned because the Food and Drug Administration (FDA) has yet to release guidelines on using social media to market drugs.

Some patients blog about their experiences with diabetes. Other people living with diabetes share videos on YouTube that give other patients advice on how to use insulin pumps and provide product reviews.

These blog posts and videos caught the attention of pharmaceutical companies, and a few years ago these companies began creating their own social media sites. Drug giant Sanofi US — manufacturer of such medications as Ambien and multiple diabetes drugs and devices — was one of the first pharmaceutical companies to cultivate a social medial presence in spite of not having clear guidelines from the FDA.

Dennis Urbaniak, head of the diabetes division at Sanofi, said the company has a Twitter account and a Facebook page and is looking into Pinterest and Instagram. The group even provides a medical glossary called Diabetepedia. Urbaniak told NPR News: “Getting involved in social media is a critical component of serving the diabetes community.”

However, treating diabetes in America is also a $100 billion business, and Sanofi isn’t the only company looking to reap the benefits of social media. Pfizer, Johnson & Johnson, Bayer, GlaxoSmithKline and Merck all operate Twitter accounts, and some use YouTube and Facebook. There are even sites developed specifically for these companies, like Pfizer’s Think Science Now Blog.

Pharmaceutical companies have even taken to sponsoring patient blogs. In fact, Kerri Sparling discloses on her blog that she accepts “free products, services, travel, event tickets, and other forms of compensation from companies and organizations, in addition to cash compensation as a result of a consulting arrangement” from many drug companies.

Critics like Jeff Chester of the Center for Digital Democracy argue that a simple disclosure on sites like Sparling’s isn’t enough because people don’t read them. He is calling on the FDA to regulate these practices because companies can use social media to promote their products in a deceptive manner. He told NPR News that the FDA needs “to create a whole new system for disclosing when a blogger or group gets paid by pharmaceutical companies.”

The FDA is currently developing guidelines for pharmaceutical companies and social media but has no firm date for when the finished draft will be available. In the meantime, it has released a number of warning letters to companies regarding misleading social media advertising and deceptive practices. One of these letters was sent to Novartis after the drug company used a Facebook widget to market Tasigna, a leukemia drug, and the ads showed up on several individuals’ news feeds and profile pages.

Despite the lack of official guidelines, Sparling said she isn’t worried because “the diabetes online community can tell when something’s fishy.”

Others argue that there isn’t enough information out there on whether social media is really helpful to those with diabetes. Jason Bonner, a doctor at the University of California San Diego Medical Center, is leading a study to determine if patients can use social media to manage the disease. “There is no proof in diabetes that social networking is helpful,” Bonner told NPR News.

Until more firm regulations are put into place, the FDA has released some guidance. The draft addresses some concerns about social media, but is still not all-inclusive.

Social media can also reveal what patients and physicians think about certain drugs. In 2011, the survey company Wool.labs used its proprietary software program to mine over a decade of social media conversations on Takeda Pharmaceuticals’ diabetes drug, Actos. The results were less than favorable to Takeda.

In fact, most patients felt that although Actos was marketed as being different from Avandia — a drug rife with side effects — Takeda had not provided proof that Actos was any more effective or safe. Patients also felt that Takeda had not responded to concerns about side effects and risks like fractures, edema, weight gain and bladder cancer.