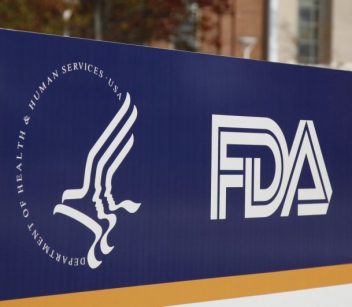 The U.S. Food and Drug Administration (FDA) announced that a new electronic system designed to protect patients will track millions of high-risk medical devices including pacemakers and hip implants.

The FDA released its new rules on Sept. 20 and will require device manufacturers to assign an individual tracking number to most medical devices sold in the U.S. That code, known as a unique device identifier (UDI), will include information about that specific device’s make, manufacture date and lot number.

Dr. Jeffrey Shuren, director of the FDA’s medical device center, described the plan as a “game changer.” He told The Wall Street Journal the public should expect the first codes to surface in early 2014 on high-risk devices like heart wires.

Patients, doctors and regulators will be able to access this information through a public database maintained by the FDA, and the code will also help track problematic implants. The tracking numbers also will allow the FDA to issue recalls when needed.

The Food and Drug Administration Amendments Act (FDAAA) of 2007, a law that gave the FDA additional authority over medical devices and drugs, originally called for implementing UDIs, but that plan was delayed. The FDA finally unveiled the plan to track devices in July 2012.

Currently, the FDA has no way of tracking faulty or malfunctioning medical devices. The proposed centralized system should allow for faster identification of problematic products.

Health advocates are calling this move a major victory for patients and providers.

Josh Rising, director of The Pew Charitable Trusts’ medical device initiative, told the Associated Press that “up until now, medical devices were among the only products on the market that could not be uniquely identified. This is going to be a tremendous victory for all of those interested in improving the performance of devices.”

UDI Will Be ‘Cornerstone’ of Improved Safety System

Dr. Shuren told The Wall Street Journal the UDI will be the “cornerstone” of a better system that will allow the FDA to work with hospitals and insurers to identify malfunctioning devices early. The hope is that it will improve patient safety.

For example, the DePuy ASR XL hip implant – implanted in nearly 100,000 people worldwide – was recalled in 2010, but only after thousands of people suffered debilitating complications. Johnson & Johnson, DePuy’s parent company, estimates about one-third of the devices were sold in the U.S., but because it does not track these devices, the exact number implanted in patients is unknown.

The hip implant was designed to last 15 years or more, but failed in many patients in less than five years, causing complications like bone loss, dislocation and tissue death. The New York Times called it “one of the biggest medical device failures in recent decades.”

DePuy now faces more than 8,000 federal lawsuits and thousands of state lawsuits filed by people who received the ASR.

Long before the 2010 recall, the device already was problematic, but the lack of a centralized tracking system makes it difficult to gauge the seriousness and extent of its failures in the U.S.

In other countries that track devices, officials learned about hip implant problems sooner.

Stephen Graves, director of Australia’s orthopedic database told The New York Times they were aware of the high failure rates associated with the DePuy ASR as early as 2008.

The voluntary Canadian Joint Replacement Registry tracks data on the most common types of hip implants, including other metal-on-metal implants similar to the DePuy ASR. These types of implants are thought to release metal particles into the surrounding tissues and blood when a patient moves, causing complications.

Data from the joint registry showed that certain types of metal-on-metal implants have higher failure rates.

Dr. Michael Dunbar, an orthopedic surgeon from Halifax and co-chair of the joint replacement registry, told Canadian news agency, CTV News, the tracking data allowed doctors in Canada to take a more conservative approach with these metal implants as problems came to light. He also said, “We think that all implants should be registered because this is important.”

FDA Rule Is a ‘First Step’ in Improving Safety, but Hurdles Exist

While the benefits of the program have been touted, there are still those that see the potential hurdles to implementing the new guidelines.

Rising says it is a step in the right direction, but just the first step.

“Implementation of a UDI system will be a costly and challenging endeavor, affecting all medical technology manufacturers,” according to a statement by Janet Trunzo, a senior executive at the Advanced Medical Technology Association, which represents medical device companies.

Reporting data voluntarily is also an issue because it raises ethics concerns.

Dr. Robert G. Hauser, a prominent cardiologist with the Minneapolis Heart Institute, told the Wall Street Journal,  “we need mandatory reporting” of device malfunctions. “If you’re a hospital taking care of Medicare recipients, you should be required to report in detail,” and Medicare payments should be denied to those who don’t report malfunctioning devices.

In some instances, manufacturers’ reps have been known to take malfunctioning devices after surgical removal and toss them “in a dumpster,” Hauser said. He suggests criminal charges for “devices that disappear.”

Shuren said such measures would have to pass Congress, and they are difficult to gain majority approval.

In the meantime, the FDA in 2013 will phase in the new system slowly, beginning with heart stents and defibrillators. Then, it will expand to moderate-risk devices like surgical needles and power wheelchairs.