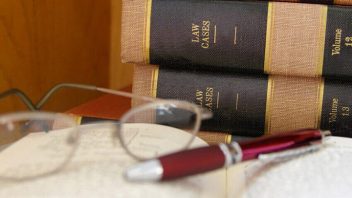 An appellate court in New Jersey has reinstated 353 Accutane lawsuits filed against drugmaker Hoffman-LaRoche that had been dismissed in lower court.

The cases were brought by people who said they were injured after taking the drug Accutane (isotretinoin) for acne. The plaintiffs said the drug caused serious gastrointestinal problems.

A three-judge panel of the Appellate Division of New Jersey Superior Court heard appeals of summary judgments granted in 532 cases brought against the New Jersey-based manufacturer. The bulk of the dismissals — 514 cases — involved out-of-state plaintiffs, with the issues centering on the application of the laws of the plaintiffs’ 44 home states.

Of those, 335 were reinstated by the appeals court. In addition, the court reinstated another 18 cases in a separate group, bringing the total to 353.

The trial judge had dismissed the cases because of a statement made by an attorney in the early stages of the litigation on a court filing. The judge found that the attorney’s written statement constituted a waiver of an issue known as “choice of law,” relating to whether the plaintiffs’ cases would be decided on New Jersey law or the laws of their own states. “We find no evidence other than counsel’s loose statement in a letter written more than a decade ago to support a waiver” of the relevant issues, the appellate court wrote.

The court analyzed the laws in the various states in deciding which cases should be reinstated. The 179 lawsuits that were not revived originated in cases where the appellate court concluded the laws didn’t support their continuation.

The court also revived another 18 cases that had been dismissed by a trial judge who ruled that a change in package labeling in 2002 enabled the manufacturer to prevail on the grounds that the warning of the side effect was sufficient. The 18 cases had been brought by people who took the drug after the new warning went into effect.

The appeals court ruled that the plaintiffs had presented sufficient evidence that the warning was inadequate to allow the issue to be presented to a jury.

The warning read, “Accutane has been associated with inflammatory bowel disease.”

The court, in its 100-page opinion, concluded that the plaintiffs had “presented a sufficient issue of material fact about the warning’s adequacy. Defendants still failed to use any causal language, warning instead that IBD was ‘associated’ with Accutane use, even though there was evidence from which a jury could find that defendants had internally concluded there was a causative effect. The word ‘associated’ is susceptible of different meaning.”

The court noted that to dismiss a case through summary judgment, judges must interpret the evidence in the light most favorable to plaintiffs. In that light, the panel ruled, the warning was not sufficient.

The court cited testimony from plaintiff’s expert, Cheryl Blume, a pharmacologist and vice-president of a pharmaceutical consulting company, who said that neither the previous, 1984, warning, nor the amended 2000 warning, accurately reflected Hoffman-LaRoche’s knowledge concerning the risk of IBD being caused by Accutane.

According to the court’s decision, “Blume testified that although defendants listed IBD in the warnings section of the label, they failed to advise physicians they had internally concluded Accutane was ‘causally associated’ with IBD, that several cases of IBD had been found to be ‘possibly’ or ‘probably’ related to Accutane, and that Accutane can ‘induce or aggravate a preexisting colitis.’ She testified that defendants also failed to warn that IBD is a permanent, irreversible condition that cannot be treated.”

Blume found that the risk of IBD had been minimized in the medication guide and in binders of information given to patients “because the symptoms of the disease were grouped with other non-relevant gastrointestinal problems such as painful swallowing and dark urine.”

“We reject the judge’s determination that the warning was clear enough to negate a trial on the issue,” the appeals court ruled.

Summing up the medical evidence, the appellate court wrote, “There is no dispute that Accutane ‘has a number of known side effects, including dry lips, skin and eyes; conjunctivitis; decreased night vision; muscle and joint aches; elevated triglycerides; and a high risk of birth defects if a woman ingests the drug while pregnant.’ There is also evidence that Accutane, originally studied for use in treating cancer, has an effect on the gastrointestinal tract…Similarly, in defendants’ Accutane clinical study of 523 patients, 21.6% suffered gastrointestinal side effects — primarily effects on mucous membranes — including such minor effects as increased thirst and appetite, nausea, and anorexia, as well as more serious gastrointestinal bleeding.”