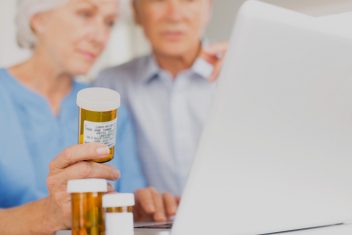 In the past 10 years, the U.S. Food and Drug Administration has received more than 5.4 million reports of serious adverse events associated with medications, including more than 1 million deaths. Until now, it was difficult for people to find out how many of those reports applied to a drug they were taking.

The FDA has launched a new Public Dashboard that helps consumers make sense out of the more than a million reports the agency receives every year about side effects of prescription drugs. Consumers taking a particular drug can search for the types and number of side effects reported to the FDA.

FDA Commissioner Dr. Scott Gottlieb calls it a step to ensure “the greatest level of transparency” toward drug safety.

Drug manufacturers are required to submit reports on adverse event cases they know about, but health care professionals and consumers may also send reports to the FDA about problems they experience. These records, housed in the FDA Adverse Event Reporting System (FAERS), date back to 1969. But it’s been difficult for consumers and health care professionals to make sense of the sheer volume of information.

“This enhanced portal now provides patients, doctors and others with easier access to the data they are interested in,” Dr. Gottlieb said.

The dashboard breaks the information down in meaningful ways for consumers. It allows people to search for a specific medication by name and find out how many serious side effects, complications or deaths possibly associated with the drug have been reported to the FDA.

The FDA’s dashboard also allows people to break down the number of reports by:

“Our focus on safety extends beyond approval,” Dr. Janet Woodcock, director of the FDA’s Center for Drug Evaluation and Research said. “These reports can be very valuable components of our safety assessments.”

Looking at results for Humira, a rheumatoid arthritis drug that was the best-selling medication of 2016 with $16 billion in sales, the FAERS Public Dashboard shows more than 350,000 adverse event reports since 1998. This includes more than 4,800 reports during clinical trials before the drug received FDA approval in 2002.

The results also return more than 9,700 different side effects reported ranging from 38,000 reports of injection-site pain (the most common side effect reported) to hundreds of extremely rare reactions, such as a single report of “soy milk intolerance” after taking Humira.

The site also shows that the vast majority of adverse events reported to the FDA about Humira came from consumers — more than 250,000, or almost 73 percent.

“By giving people a better understanding of these data, and the associated limitations, we hope the new interface will encourage people to submit more complete reports,” Woodcock said.

Reports of side effects are updated quarterly. They include all reports the FDA has received between 1969 and the most recent quarter available.

The new user-friendly tool can help consumers understand they types of risks and numbers of reported side effects associated with the drugs they take. But the FDA warns that the reports do not necessarily make a “cause-and-effect” connection between a drug and a particular side effect.

The FDA warns people to never stop taking any medication without first talking to a health care professional. Suddenly stopping a medication can have serious, even life-threatening complications in some cases.

The agency also encourages consumers and health care professionals to report side effects they experience or witness to the FDA’s MedWatch Adverse Event Reporting program.