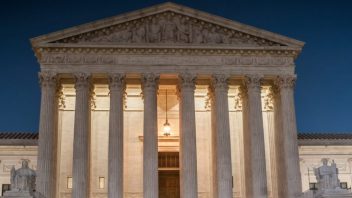 A 75-year-old Indiana woman who says she had to have four transfusions after taking Xarelto is having her day in court with the start of a trial in state court in Philadelphia over her lawsuit against the makers of the drug.

Lynn Hartman’s case comes on the heels of three, consecutive federal court losses by patients who say they were injured by taking the blood-thinning drug.

Federal court juries in Mississippi and Louisiana have thrice handed up verdicts in favor of Bayer and Johnson & Johnson, the makers of Xarelto.

The most recent loss was suffered by Dora Mingo, 69, a retired Mississippi schoolteacher who was given Xarelto following hip replacement surgery. After taking the drug, Mingo was hospitalized again with severe anemia and acute upper gastrointestinal bleed.

Hartman, the plaintiff in the Philadelphia trial, was prescribed Xarelto in late January or early February 2013 through June 2014, when she was hospitalized with a gastrointestinal bleed at the age of 72.

According to court documents, the treating physician did not determine the cause of the bleeding. However, at least two plaintiff’s experts concluded Xarelto was the likely cause.

According to The Legal Intelligencer, the first day of trial kicked off with a dispute over whether the treating physician, Dr. Timothy Aldridge, may have been compromised when he met with a sales representative for Janssen, a subsidiary of Johnson & Johnson, one of Xarelto’s developers.

The debate unfolded in court November 6.

Although lawyers for the drugmakers argued that the meeting was routine and unrelated to the litigation, the plaintiff’s attorneys cited a recent scandal involving a federal trial over DePuy Orthopedics which prompted that judge to summon the FBI and the U.S. Attorney’s Office to investigate possible witness tampering.

Attorney Michael Weinkowitz told Judge Michael Erdos that Aldridge’s opinion on the cause of Hartman’s bleed “completely flipflopped” after he met with the sales representative, according to The Legal Intelligencer report.

The plaintiff is asking the judge to bar the defense from asking Hartman’s treating physician his opinion about the cause of Hartman’s bleed.

A total of more than 1,400 lawsuits have been filed in Philadelphia by people who say they were injured by Xarelto and by the loved ones of people who died after developing complications from taking the drug. Hartman’s is the first of those cases to go to trial.

There are currently more than 18,500 Xarelto cases pending in federal court in Louisiana.

After its first win, Bayer released a statement saying that the verdict “affirms both the safety and efficacy of Xarelto.”

Plaintiffs maintain that the drug is dangerous, partly because different patients need different doses, and the wrong dose can cause serious damage.

The drug has also been linked to infections of wounds because, by reducing clots, wounds take longer to heal.

Lawsuits accuse the manufacturers of failing to sufficiently test and study Xarelto and not giving sufficient warnings about its risks.

They ask for money to compensate for medical and other expenses, as well as punitive damages.