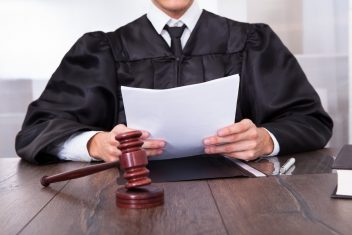 A federal judge in Manhattan has pulled the plug on lawsuits blaming the blood thinner Eliquis for life-threatening complications in patients.

In that ruling, the judge made a number of findings, concluding that the warnings on Eliquis’ label were sufficient and that claims against the drug makers were preempted by federal law, specifically regulation by the U.S. Food and Drug Administration.

“The Eliquis label warns about the risk of serious bleeding no less than five times,” Cote noted in her ruling in the case of Charlie and Ciara Utts, a California couple who had sued because of Charlie Utts’ severe gastrointestinal bleeding they said was caused by the drug.

The Uttses had contended in their pleadings that the labels on the drug should have had more detailed information, particularly saying that dosing should be determined individually to reduce the risk of severe bleeding. They also maintained that people who take the drug should have to be monitored regularly.

The latest dismissals involve lawsuits that were filed in Delaware after the Utts ruling was issued. Cote said the injured parties failed to demonstrate why their cases were different than the Utts case to allow them to proceed because of differences in the laws in the states where the plaintiffs resided.