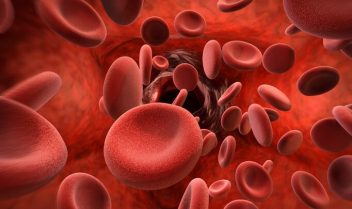 A federal jury in Chicago has refused to award money to an Arizona man who blames the testosterone-replacement drug AndroGel for his pulmonary embolisms.

Jurors on Jan. 26, 2018, handed up a verdict in favor of AndroGel maker AbbVie, holding that the company is not responsible for blood clots Robert Nolte, of Sierra Vista, Arizona, suffered in his lungs.

According to Nolte’s 2014 lawsuit, he was prescribed AndroGel from around June 2012 until the following November.

AbbVie argued in a court filing that Nolte had failed to prove that AndroGel caused his injuries or that he was influenced to take the drug by AbbVie advertising.

Nolte’s lawsuit is one of 6,000 pending in federal court that generally accuse AbbVie of manufacturing a medical condition called “Low T,” with symptoms that are actually the normal signs of aging.

Patients say AbbVie and other drugmakers pushed their testosterone-replacement therapy to treat the bogus condition, putting men at risk for serious injuries.

The ruling in Notle’s case as well as other recent verdicts could influence the outcome of thousands of undecided testosterone-therapy cases.

“Our trial team did an excellent job with a very complicated case,” Christopher Seeger, a lawyer for the plaintiffs in federal litigation, told Reuters after the Nolte verdict. “We look forward to the next trial and holding AbbVie accountable for putting profits before safety.”

Nolte’s lawsuit was the third federal case to go to trial involving claims that AbbVie marketed a dangerous drug and downplayed the risks.

In one case, the presiding judge overturned a $150 million award. The jury did not find AndroGel caused a heart attack suffered by plaintiff Jesse Mitchell, a resident of Oregon. But jurors found that AbbVie’s conduct warranted a hefty punishment, or punitive damages.

A $140 million verdict in favor of plaintiff Jeffrey Konrad, of Tennessee, is on appeal. Konrad suffered a heart attack in 2010. He had taken AndroGel for three months. The verdict included $140,000 in compensatory damages in addition to $140 million in punitive damages against AbbVie.

Bellwether trials are designed to guide the parties in potential settlement negotiations by giving them an idea of how cases will go.

More than 6,000 lawsuits pending in federal court over injuries allegedly caused by testosterone-replacement-therapy drugs have been consolidated in the MDL in Chicago.

Federal courts use MDLs to manage large numbers of lawsuits involving similar issues. It allows a single judge to make consistent pretrial rulings that apply to all the cases and to preside over bellwether trials.

Other Testosterone Verdicts and Settlements

A bellwether trial in November ended in a win for Endo International. That case involved the company’s drug, Testim. The Tennessee man who filed that lawsuit, Steve Holtsclaw, claimed Testim caused his heart attack.

Endo’s Auxilium unit settled a lawsuit in state court in Pennsylvania. That case involved claims by Robert Hoehl that Testim caused his stroke.

Drug maker Eli Lilly notified the court in December that it reached a global settlement in about 400 cases involving its testosterone drug Axiron. Details of the settlement were not released.