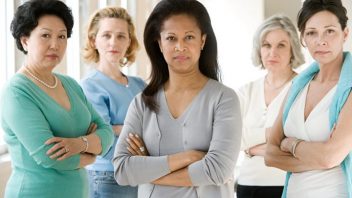 Essure critics this week fired back after the FDA’s chief defended the controversial birth-control device, despite mounting complaints and an ongoing review by the agency and the manufacturer.

“While the FDA continues to believe that Essure may be appropriate for some women based on our current information, the agency also recognizes that serious problems have been associated with its use,” FDA Commissioner Scott Gottlieb said in a statement March 7, 2018.

The U.S. Food and Drug Administration received nearly 12,000 reports about Essure in 2017, Gottlieb said. Most were filed between October and December. The FDA is investigating.

Essure critics see Gottlieb’s statement as a lack of commitment to patient safety.

“I am not surprised that he sided with industry, as always,” Essure Problems founder Angie Firmalino told Drugwatch. “The FDA is no longer an entity that protects the people. They are now an entity to serve the industry.”

The commissioner’s statement follows his meeting with members of the Essure Problems group and other advocates in early February 2018.

Many of the women shared their stories at the meeting.

They reported complications such as autoimmune problems, bleeding, chronic pain and punctured organs. In addition, the FDA received hundreds of fetal death reports.

Madris Tomes of Device Events provided the commissioner and other FDA personnel with Essure complications data from the agency’s own database. Tomes is an independent data analyst and former FDA consultant. She is also a contributing expert for Drugwatch.

The FDA said it would monitor Essure adverse events and communicate its findings with the public. But, Gottlieb promised no further regulatory action at this time.

Essure is currently only available for sale in the U.S. and thousands of women have filed lawsuits against Bayer.