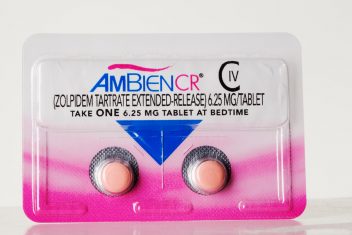 Taking the sleeping pill Ambien can cause some weird side effects. But its maker, Sanofi, says racism is not one of them.

Sanofi was responding to Roseanne Barr, who took to Twitter to blame the drug for a racist tweet she posted early Tuesday. The offensive tweet cost Barr her top-rated television series. Her agent quit.

The drug company tweeted that none of its drugs have racism as a side effect.

“People of all races, religions and nationalities work at Sanofi every day to improve the lives of people around the world,” the tweet said. “While all pharmaceutical treatments have side effects, racism is not a known side effect of any Sanofi medication.”

Known Side Effects of Ambien

While “Ambien-tweeting” is not mentioned in the drug’s label, “sleep driving” is. It’s even more likely when people take the drug and drink alcohol.

There are other side effects that can happen when patients aren’t fully awake after taking Ambien. Some have prepared and eaten food. They’ve made phone calls and had sex, according to the drug’s label. Patients usually don’t remember doing these things.

Abnormal thinking, behavior changes and other possible Ambien side effects include:

Following Barr’s claim, twitter users shared that Ambien caused them to do whacky things. But, they said, it did not make them into racists.

“I cut ‘bangs’ for myself,” one woman tweeted. “I ate an entire, huge, cookie made for a coworker’s birthday. I drew dragonflies in multiple colors of Sharpie all over my apartment walls. I never turned into a racist.”

“I also took ambien for years,” another wrote. “I woke up one morning with frosting and cake smeared all over my bed and my ex had a video of me eating my birthday cake with my bare hands. However, it never made me say anything I didn’t mean and it never made me racist.”

Some Reddit users weren’t as skeptical of Barr’s claim.

One, who went by the name OwgleBerry, was ready to side with the controversial comedienne: “Roseanne is blaming Ambien for her tweet. I don’t doubt it.”

Another called plotagon agreed: “Everyone that takes ambien regularly knows Roseanne is telling the truth.”