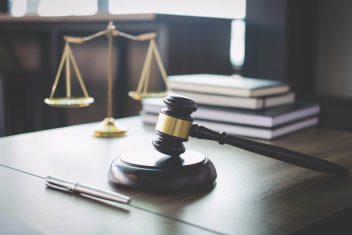 Makers of the powerful blood thinner Xarelto have agreed to pay $775 million to settle about 25,000 lawsuits that claim the drug caused serious injuries such as internal bleeding, stroke and death.

“It may have taken more than four years and six separate trials but litigation like this is an important way for consumers to have a voice in matters of drug safety,” attorney Brian Barr, co-lead counsel for plaintiffs in the litigation, said in a news release.

Bayer and Johnson & Johnson jointly sell Xarelto and will each pay half of the settlement. Neither company admitted liability.

Bayer said the settlement will resolve “virtually all” of the approximately 25,000 lawsuits pending in state and federal courts across the United States.

In addition to resolving all existing lawsuits, the settlement covers a limited number of new claims. People may be eligible for the settlement if they retained a lawyer to investigate Xarelto-related personal injury claims before March 11, 2019, registered their claim by March 28, 2019, and file a lawsuit by April 4, 2019.

Under the settlement, payments will be “substantially reduced” for people who were prescribed Xarelto on or after Dec. 1, 2015, or who first experienced an alleged Xarelto-injury on or before March 1, 2016.

Payments are also capped for anyone who spent two consecutive days or less in the hospital because of serious side effects of Xarelto.

“This is a fair and just resolution for thousands of consumers who have substantial claims,” Andy Birchfield, co-lead counsel for plaintiffs in the litigation, said in the news release.

A federal panel combined the first 21 Xarelto lawsuits into a mass litigation in December 2014. As of March 2019, patients or their survivors had filed 25,888 lawsuits in the litigation, and 23,534 of the lawsuits were still pending in a Louisiana federal court. Other lawsuits have been filed in state courts.

Bayer said in a statement that although it agreed to settle the lawsuits, it continues to believe the claims are without merit. Six trials over the drugs all ended in wins for Bayer and Johnson & Johnson.

“However, this favorable settlement allows the company to avoid the distraction and significant cost of continued litigation,” Bayer said in its statement.

In a separate statement, Johnson & Johnson echoed Bayer’s sentiments and said it stands behind Xarelto. The company said it decided to settle because litigation demands an enormous amount of time and resources.

It also noted that news coverage of the litigation has confused and concerned patients while lawyer advertising may have caused deaths, strokes and other issues in patients who viewed the advertisements and stopped taking their medication as prescribed.

“[Xarelto] is the most studied medicine in its class in the world today and has been prescribed more than 40 million times,” Johnson & Johnson said in its statement.

Now that both sides have reached an agreement, a claims administrator and special master will be appointed to handle the claims process and any appeals, and will decide how the settlement payments will be distributed.