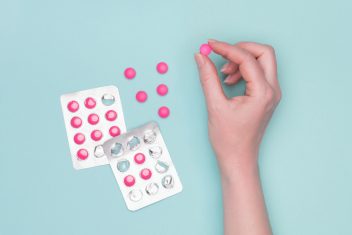 The U.S. Food and Drug Administration issued a warning against taking too much of the allergy medicine Benadryl (diphenhydramine) after teens began ingesting high amounts of the drug as part of the “Benadryl Challenge” on the social media platform TikTok.

The challenge encourages teens to overdose on Benadryl to hallucinate, according to local news station KFOR. It’s been blamed for the hospitalization of three Texas teens in May and the death of an Oklahoma City teen in late August.

“We are aware of news reports of teenagers ending up in emergency rooms or dying after participating in the ‘Benadryl Challenge’ encouraged in videos posted on the social media application TikTok,” the agency said in its Sept. 24, 2020, warning.

The FDA said taking higher than recommended doses of Benadryl can lead to “serious heart problems, seizures, coma, or even death.”

The agency said it is investigating reports. In the meantime, the FDA contacted TikTok and “strongly urged” the social media platform to remove the videos.

When used as recommended, Benadryl is safe and effective, the FDA said.

In addition to the brand name Benadryl, the drug is available as generic diphenhydramine and under store brands. The medicine may also be added to fever reducers, decongestants and pain relievers.

Johnson & Johnson echoed the FDA’s sentiments about the “Benadryl Challenge.”

“The challenge, which involves ingestion of excessive quantities of diphenhydramine, is a dangerous trend and should be stopped immediately. Benadryl products and other diphenhydramine products should only be used as directed by the label,” the drugmaker said in a statement on its Benadryl website.

The Big Pharma giant said it was working with social media platforms including TikTok to remove “content that showcases this behavior” and that it intends to partner with stakeholders across the industry to address the problem.

Benadryl Side Effects and Overdose

Benadryl’s OTC drug label doesn’t list all potential side effects of the drug or the symptoms of an overdose.

Excitability in children and drowsiness are the main side effects included in the label. The label warns that alcohol, sedatives and tranquilizers may increase the drowsiness.

According to the U.S. National Library of Medicine, Benadryl’s side effects include:

Benadryl is available in many forms, including tablets, capsules and liquids. Each label lists the maximum recommended dose.

For example, you shouldn’t take more than six Benadryl 25 mg tablets in 24 hours, and each dose should be taken four to six hours apart. The TikTok challenge reportedly encouraged teens to take 12 or more tablets.

Symptoms of potential Benadryl overdose include:

Johnson & Johnson and the FDA urge people who suspect a Benadryl overdose to seek medical attention or contact the poison control center at 1-800-222-1222 or poison.org.