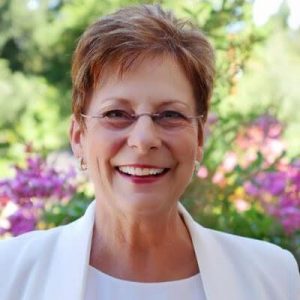 Based on her own experience of caring for family members, Elaine K. Sanchez developed a passion for helping other people cope with the emotional stress of caregiving. At age 42, she was a single mother with three teenage children. She was scrambling to get back on her feet after losing her job as the sales manager for an NBC television affiliate in Colorado.

On October 30, 1993, she got the call. Her father, who appeared to be as healthy and robust as any 75-year-old man on the planet, had suffered a debilitating stroke. Elaine’s parents, Quentin and Madelyn, were Kansas farmers. Their primary asset was homesteaded farm ground, and the thought of selling the land to pay for Quentin’s long-term care was completely unacceptable.

Although Elaine’s mother was only seventy, her body was nearly worn out. She was losing her vision due to macular degeneration. Her back was hunched with osteoporosis. She had a flaming red scar that started at her throat and extended to her breastbone as a result of open-heart surgery. She didn’t sleep at night because of her restless leg syndrome. However, the physical ailment that frustrated her more than anything else was the severe hearing loss that she had suffered as a result of the medication she was taking for her heart. And now she was going to become Quentin’s full-time caregiver.

Elaine made countless trips “back home” in an effort support her parents. Madelyn often felt lonely and isolated, and one of the ways she managed her stress was to go to her computer, disengage her emotional monitor and write letters to Elaine about everything she was experiencing and exactly how she felt about it.

Elaine moved to Albuquerque, NM in 1995, where she met Dr. Alex Sanchez. He had lost his first wife to lung cancer and was still providing care for his mother-in-law. They got married in 1996, and he became her partner in caring for Elaine’s parents until Madelyn’s death in 2002.

On Mother’s Day, 2004, Elaine was asked to speak at their church about mother-daughter relationships. She decided she wanted to introduce people to her mother by telling a few stories and sharing excerpts from Madelyn’s letters. Afterward, people came up to her and said, “You have to write a book!” Elaine said, “You’re right!” and she started on it the next day. In 2007 she self-published the first edition of “Letters from Madelyn, Chronicles of a Caregiver, ” and she began speaking to book clubs and small caregiver support groups.

When she shared her stories, she encouraged other people to share their experiences. Hearing their struggles ignited Elaine’s desire to develop support programs that would help caregivers like her mother understand and cope with the anger, guilt, depression, and grief associated with caring for a loved one who can no longer care for him/herself. Together with Alex, she created several online continuing education courses for nurses, long-term care administrators, and mental healthcare professionals. She now speaks at major caregiving and healthcare conferences across the US. She writes her blog, “Caregiver Help Word of the Day,” as well as freelance articles for other magazines and online publications, including Drugwatch. Alex and Elaine now live in Salem, Oregon. Combined, they have eight children and nine grandchildren. She cared for Alex through two major back surgeries, and together they cared for Elaine’s elderly aunt for ten years. They have helped family members deal with traumatic brain injuries, addictions to drugs and alcohol, and mental health issues including depression and bipolar disorder.

Her writing is based on her caregiving experience as a daughter, wife, niece, and mother, as well as the lessons she has learned from others. The second edition of Elaine’s book, “Letters from Madelyn, Chronicles of a Caregiver,” was published in May 2016. It is now available in bookstores and online in softcover and ebook formats.