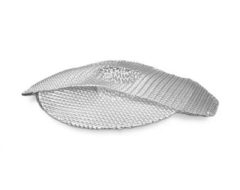 Hernia mesh lawsuits claim the devices caused injuries or complications so severe that people had to have additional surgeries. As of November 2019, there were 7,711 hernia mesh lawsuits pending against Ethicon, Atrium and Bard Davol in three separate multidistrict litigations, or MDLs. None of those cases had gone to trial.

Individual lawsuits not currently in an MDL include cases against the manufacturer Covidien over its Parietex mesh. Medtronic is also a named defendant in these cases because it bought Covidien in 2015.

Lawyers are also accepting cases against W.L. Gore & Associates for its Gore-Tex DualMesh.

No hernia mesh lawsuit settlements in the current mass litigations have been publicly announced. Plaintiffs are still filing lawsuits, and the earliest trials have been scheduled.

The first Ethicon Physiomesh trial is expected in late 2019 or early 2020. The first Atrium C-QUR trial is scheduled for Feb. 19, 2020. The Bard Davol MDL is in its earliest stages, and no trial dates for that have been set.

Additional cases are pending in state courts. In August 2018, the New Jersey Supreme Court consolidated 62 Physiomesh lawsuits into a multicounty litigation — which operates like an MDL, but at the state level — in Atlantic County.

Lawsuits over Bard Davol’s Kugel Patch formed an earlier MDL that ended in a $184 million settlement in 2011. So far, this has been the largest settlement amount in any hernia mesh litigation.

Bard first recalled the patch in 2005; the company said it could cause bowel perforations and fistulas. The first lawsuits followed soon after.

In 2007, a federal panel combined the first 150 Kugel Patch lawsuits into an MDL in a Rhode Island federal court. Eventually, plaintiffs filed more than 3,000 cases against C.R. Bard, Inc.

Two bellwether trials occurred in 2010. Bard won the first, but a jury awarded $1.5 million to the plaintiffs in the second trial.

In the second trial, jurors heard the case of Christopher and Laure Thorpe of North Carolina. Christopher Thorpe underwent hernia repair with a Kugel Patch in 2005. Between 2007 and 2008, he underwent multiple surgeries to remove infection and a fistula resulting from the repair.

Following the verdict for the Thorpes, Bard offered to pay $184 million to settle the remaining 2,600 Kugel Patch lawsuits.

In September 2017, the Kugel Patch MDL was finally closed after 10 years of litigation.

Hernia mesh is similar in construction to transvaginal mesh, another surgical mesh used exclusively in women.

Complications resulted in more than 107,000 transvaginal mesh lawsuits. The cases were combined in five different mass litigations in a West Virginia federal court.

The transvaginal mesh litigations were among the largest in U.S. history and have resulted in nearly $8 billion in settlements.

How Long Does it Take to Settle a Hernia Mesh Lawsuit?

It is difficult to predict the exact time frame for a hernia mesh settlement. Because they deal with complicated medical devices and injuries, these cases may take longer to litigate than more simple lawsuits.

For example, Bard recalled its Kugel Patch hernia mesh in 2005. In 2007, the first lawsuits were consolidated into an MDL — a large group of lawsuits with similar injuries and claims. But it wasn’t until 2010 that the first bellwether trials occurred.

The Thorpes won their jury trial against Bard and the company agreed to settle the remaining lawsuits.

The time it takes to settle also depends on how quickly a case can go through the phases of a lawsuit. These include: filing a complaint; answers to the complaint; the discovery process where both sides exchange information and gather records; pre-trial motions to allow or dismiss claims and evidence; and finally the trial, where a judge and jury decide if the defendant is liable and how much to award in damages.

A defendant may decide to settle a hernia mesh claim at any time, and typically the majority of injury cases are settled before trial.

In most cases, in order to qualify for a lawsuit, people must have been told they need surgery or have had surgery called hernia mesh revision surgery. This is a surgery to remove mesh, replace it or correct any tissue and organ damage.

Scientific studies have questioned the effectiveness of some mesh products, and companies have pulled products off the market after high failure rates were reported.

The U.S. Food and Drug Administration even sent a warning to at least one company over its manufacturing and quality control process at a manufacturing plant. The FDA says many of the reports it has received regarding complications are associated with recalled mesh.

The brands named in the current MDLs all contain polypropylene. Products made of this material can sometimes shrink, break or erode. If this happens, it can cause organ damage and other complications.

Lillian Graham underwent a hernia repair with Physiomesh at Memorial Hospital in Jacksonville, Florida. She developed complications so severe she needed surgery to remove the Physiomesh.

In her lawsuit, Graham claimed she suffered infection and organ damage. The complaint said the mesh caused a fistula — an abnormal passage between her abdominal wall and her small intestine. The surgeon had to remove the fistula. In the process, the lawsuit said, he found a cavity in her abdominal wall “containing very purulent foul-smelling wadded up mesh material.”

The doctor had to surgically remove the mesh. Graham underwent further surgery about five months later to repair adhesions to her bowel.

In February 2016, Michael Miller received two Bard Davol 3DMax meshes during a hernia repair in Saratoga Springs, New York. His hernia came back less than a month later, and he needed another surgery. This time, a surgeon used a Bard Davol PerFix Plug.

Miller’s lawsuit claimed that he continued to suffer pain and recurring hernias in the months following revision surgery. He could not eat without pain or bloating. And, the lawsuit said, he developed “sexual difficulty” after the surgery.

James D. Brown underwent hernia repair with Atrium’s C-QUR mesh in December 2013. But he continued to suffer abdominal pain. In January 2016, Brown had the material removed. A pathology report found tissue in the mesh.

The report also noted foreign-body giant cell reaction. This is the result of the body’s defense system reacting to a foreign object. There were also signs of thickening and scarring of connective tissue around the material.

Reasons to File a Lawsuit

People that have filed lawsuits against hernia mesh manufacturers have three main reasons for filing. These are: defective design, manufacturing defects and failure to warn.

Consumers who file for this reason claim the company that designed a particular type of hernia mesh knowingly or unknowingly created a dangerous product.

For example, C.R. Bard designed its Composix Kugel hernia mesh with a memory coil ring called a PET ring. As early as 2002, doctors complained of problems with the ring, according to Vicky Sanders’ lawsuit against Bard.

The PET ring was prone to breaking after implantation. This caused problems such as migration, bowel perforation and intestinal fistulas. Some people even died. Bard later issued a Class I recall for the device — a recall class reserved for products that can cause serious harm and death.

In addition to the ring, the Composix Kugel is vulnerable to buckling which can cause it to shrink after implantation.

Hernia mesh manufacturing defects occur when a manufacturer deviates from its original design and intended materials to make the finished product. These deviations can cause injuries.

For example, Vicky Sanders’ lawsuit claimed that Bard used “substandard, adulterated, and/or non-medical grade polypropylene and raw materials used to make the Composix Kugel product which deviated from their material and supply specifications.”

Consumers who file for this reason claim that hernia mesh manufacturers should have known about the defects in their products or risk of injury, but failed to warn patients, physicians and the general public.

In Vicky Sanders’ case, her lawsuits claims Bard knew about several dangers including the defective PET ring, the fact that the mesh could buckle and that polypropylene could degrade, fragment and shrink.

Despite knowing about these problems, Bard did not inform the public.

Another reason to file a lawsuit is to preserve the right to sue. Hernia mesh cases have statutes of limitations that impose a timeline on the ability to file a claim. Each state has a time limit to file a claim, which can vary from two years to four or more years.

Only an attorney can determine the exact statute of limitation on your claim. But in general, hernia mesh statutes will start ticking from the moment a patient discovers his or her injury stemmed from a defective mesh.

People who have mesh removed should make arrangements to preserve it in case they later decide to file a lawsuit.

Did You Know?
Preserving mesh and other medical devices can be crucial to winning a lawsuit. It can provide evidence only available through examination of the product.

In May 2018, a court order set rules for preserving Physiomesh as evidence in lawsuits. Judge Richard Story’s order created step-by-step rules to store and preserve the material. The order outlined instructions in four stages.

Rules for Preserving and Storing Physiomesh for Trial

Preservation and Collection
Patients must tell their surgeons to preserve the product and tissue removed in surgery. They must also tell the hospital to ship the materials to Steelgate in Florida. Patients’ lawyers will coordinate shipping.
Storage
Steelgate will preserve and store all samples. Both sides of the lawsuits will split the monthly storage fees.
Evaluation
Lawyers for both sides may inspect the samples. They have to give notice before performing any tests. The other side can be present during these examinations. No tests may destroy any of the samples.
Other Pathology
Hospitals may preserve slides or paraffin blocks of removed materials. If a hospital turns these over, both sides may examine them. If the hospital refuses, each side may ask Steelgate to create slides and blocks. Both sides will have access to all these samples.