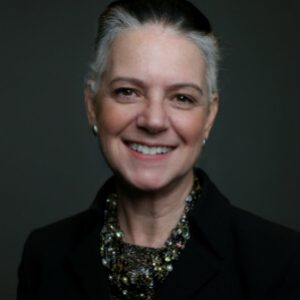 Jayne Conroy has more than three decades of experience as a skilled strategist, trial lawyer and negotiator. She is a frequent speaker and expert panelist at national litigation conferences. In 2019, she was one of 68 inductees into the American Law Institute, which limits its active membership to 3,000 prominent judges, lawyers and law professors.

Her practice currently focuses on complex civil cases. She has helped secure landmark settlements and verdicts on behalf of individuals and families harmed by corporate wrongdoing, including a $1 billion verdict against Johnson & Johnson subsidiary DePuy Orthopaedics over its Pinnacle metal-on-metal hip implant and an $894 million settlement of Bextra and Celebrex cases against Pfizer.

In addition to serving on the Plaintiff’s Executive Committee for the federal Pinnacle hip implant litigation, Conroy has been appointed by courts to serve in leadership roles in more than a dozen other high-profile multidistrict litigations involving products such as Actos, Lipitor, Zoloft, Propecia (finasteride), pelvic repair systems, gadolinium-based contrast agents, Bextra and Celebrex, and Yazmin and Yaz (drospirenone).