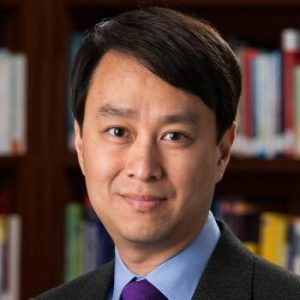 Dr. William T. Kuo is a Professor of Interventional Radiology at the Stanford University School of Medicine and Director of the Stanford IVC Filter Clinic. He is a global leader in the field of advanced IVC filter retrieval and treatment of venous thromboembolism. He is an award-winning physician, medical researcher, innovator and patient advocate.

As a clinical researcher, Dr. Kuo has published several influential and award-winning papers. His landmark meta-analysis on catheter-directed therapy to treat acute pulmonary embolism led to major changes in treating acute PE, and his work has been cited in major guidelines on treating life-threatening blood clots.

At Stanford, Dr. Kuo also developed a variety of techniques and protocols to safely remove a variety of embedded IVC filters. For example, Dr. Kuo invented excimer laser-assisted IVC filter retrieval and he was the first to perform this procedure in humans. Dr. Kuo’s contributions have allowed thousands more patients per year, previously diagnosed with an irretrievable filter, to receive safe and successful filter removal.

in 2010, Dr. Kuo established the Stanford IVC Filter Clinic, where he has successfully treated thousands of filter patients referred from all 50 states and from around the world. His work has been profiled on multiple media outlets and he was featured in the Netflix Original Documentary ‘The Bleeding Edge’.