Energy Drinks Linked to 13 Deaths, but Who’s to Blame? 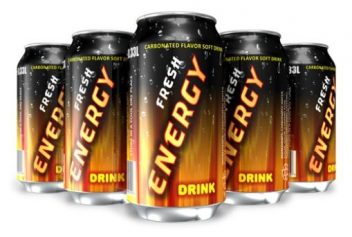 Caffeinated energy drinks may give people more than an energy rush. Between 2004 and 2009, federal officials received reports of 7,000 emergency room visits associated with caffeinated energy drinks, and last week the Food and Drug Administration (FDA) reported that up to 13 deaths may be connected to two energy products: Monster Energy and 5-Hour Energy.

Last December, Anais Fournier, 14, drank two Monster Energy drinks and within 24 hours her heart stopped. An autopsy revealed that the Maryland teenager died of cardiac arrhythmia due to caffeine toxicity.

These incidents call attention to the FDA’s role in caffeine regulation, the manufacturers’ responsibility to keep consumers informed, and the vulnerability of certain groups of people.

Caffeinated energy drinks are predicted to bring in $20 billion next year, and yet manufacturers are able to avoid some of the safety requirements that soda companies must abide by. By marketing their products as dietary supplements, they can side-step some rules.

The rising death count and the thousands of emergency room visits associated with these drinks have not yet compelled the FDA to act. In a statement, FDA spokeswoman Shelly Burgess said it is the responsibility of energy manufacturers to investigate injuries or deaths associated with their products.

“FDA continues to evaluate the emerging science on a variety of ingredients, including caffeine,” FDA spokeswoman Shelly Burgess told Bloomberg.

Some lawmakers are working to force the FDA to more closely regulate energy drinks.

Not only does the FDA refrain from regulating energy products, but some manufacturers make it difficult for consumers to monitor their own intake by failing to list the amount of caffeine on product labels.

Consumer Reports recently reported that 11 out of 27 energy drinks do not list caffeine content and several that do list it contain 20 percent more caffeine than is listed.

Unaware of the actual caffeine content, consumers may chug one drink after another.

Andrea Giancoli, a registered dietitian and spokesperson for the Academy of Nutrition and Dietetics, told Time.com how exorbitant caffeine intake turns south: “You can feel you heart pounding very quickly and your blood pressure goes up. Imagine if your body were undergoing this times ten. It would land you in the emergency room. Your heart can only handle so much and you are probably going to pass out.”

Other ingredients such as amino acid taurine, sugar, guarana and ginseng may act as stimulants and can exacerbate adverse reactions.

Consumers of caffeinated energy drinks need to know the risks associated with the products. For certain populations, this can mean the difference between life and death.

Children and pregnant women should be aware that manufacturers of energy drinks do not always complete thorough studies of the effects in these groups.

Fournier, the 14-year-old who died after drinking Monster Energy, had an underlying heart condition that she was not aware of. Others with heart disease, vascular conditions, and panic and seizure disorders may be told by their doctors to limit caffeine intake and are particularly vulnerable to energy drink risks.

Dr. Richard Church, an assistant professor of emergency medicine and a medical toxicologist at the University of Massachusetts Medical School in Worcester, said he thinks energy drinks are generally safe. But he says people need to be smarter about consuming them.

“You need to know what you’re putting in your body,” he told The Boston Globe. “It’s just about being smart.”