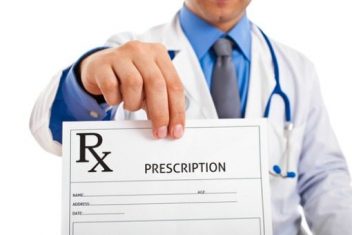 A jury in Baldwin County, Ala., has awarded $140 million to the family of a woman with diabetes who died as a result of a prescription error. The hospital and three other firms were ordered to pay the family of Sharron Juno, who died in 2008 at the age of 59 after she was given 10 times the amount of insulin required.

It’s not an isolated case. Every year in the United States, approximately 1.3 million injuries and at least one death every day are associated with medication errors.

On March 18, 2008, Juno was discharged from Thomas Hospital, and her doctor dictated instructions for follow-up care at a rehab facility. The prescription order was incorrectly transcribed in India, calling for 80 units of insulin rather than eight. The medication caused an irreparable brain injury, followed by cardiopulmonary arrest, and Juno died on March 27, 2008.

According to lawyers representing Juno’s family, Thomas Hospital began outsourcing transcription services in 2007 to save money — and continued to do so for two years following Juno’s death.

Bill McLaughlin, a Thomas Hospital administrator, issued a statement: “Thomas Hospital expresses our condolences for the family involved in this matter. Furthermore, we are disappointed with the jury’s decision and do not believe the verdict reflects the care and compassion provided to the patients of Thomas Hospital by its providers and staff. … We believe that the amount of the verdict is excessive and intend to exercise rights of appeal.”

The Food and Drug Administration (FDA) has noted the problem of medication errors and is taking steps to strengthen the accuracy of the system.

According to the FDA website’s Drug Safety section, mistakes in taking medication can be tied to fractures in the distribution system, from prescribing and repackaging to dispensing, administering and monitoring.  These errors can be consequences of poor communication, ambiguities in product names, medical abbreviations or writing, unclear directions, patient misuse or misunderstanding. Now, outsourcing transcripts can be added to the list.

Perhaps some of these problems will be addressed as drug companies address the Safety Considerations for Product
Design to Minimize Medication Errors, which was posted on the FDA’s website in December 2012. The first of three planned guides attempts to minimize medication errors by offering recommendations for drug product design.