Study: Autism Linked to Antidepressant Drug Use During Pregnancy 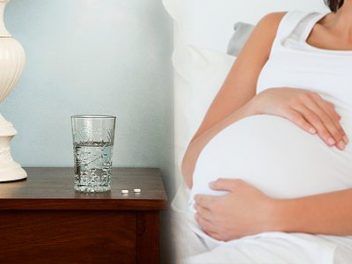 The use of antidepressants during pregnancy increases the risk of autism spectrum disorders in children, according to a Swedish study.

The New York Times reported on the study that collected data from the Swedish medical birth register and other publicly funded sources that screen for autism spectrum disorders. The researchers also took other factors linked into autism into account, such as family income, education level and age of parents, and the mother’s region of birth.

The authors reported their findings that “in utero exposure to both selective serotonin reuptake inhibitors (SSRIs) and non-selective monoamine reuptake inhibitors (tricyclic antidepressants) was associated with an increased risk of autism spectrum disorders.” The study did not exclude severe depression as a possible cause for autism, rather than the antidepressants.

Autism – more formally known as autism spectrum disorder (ASD) – is a neurological disorder that is characterized by impaired social interaction, such as having difficulty communicating, restricted, repetitive behavior and a lack of empathy. Children with ASD have trouble understanding social cues like facial expressions or tone of voice.

Some doctors believe the results of the Swedish study are not new.

“It really shouldn’t come as that much of a surprise given that numerous animal studies have shown that exposure during development leads to changes in the brain and changes in behavior — often that mimic autism,” Urato said.

Urato feels that the benefits of taking antidepressants during pregnancy do not outweigh the risks. In addition to the risk of autism, SSRIs are linked to other birth defects and disorders.

A study in 2011 also looked into the connection between antidepressants taken during pregnancy and autism in exposed children. The study, conducted by Kaiser Permanente in Oakland, Calif., found that exposure to SSRIs “especially during the first trimester, may modestly increase the risk of autism spectrum disorders (ASD).”

SSRIs are not the only drugs linked to an increase in autism risk.

Perhaps one of the more well-known controversies surrounding autism is its alleged link to vaccinations.

According to a Centers for Disease Control and Prevention (CDC) report published in the Journal of Pediatrics in March 2013, multiple vaccinations do not increase the risk of autism in children. Lead study author Dr. Frank DeStefano told NBC News: “This study looked into the concern that receiving too many vaccines at one doctor’s visit or too many vaccines during the first two years of life may be linked to the development of autism. We found they’re not related.”

Michael Belkin, who lost a daughter after she received a vaccination, now advocates against all vaccinations.

More parents are choosing not to vaccinate their children, largely because of the supposed association between autism and vaccinations. For example, the number of California parents who opted out of vaccinating their children has quadrupled in the past two decades.

In an April 2013 address to the U.S. House of Representatives, Congressman Bill Posey drew attention to what he referred to as an “epidemic” of autism. He said, “I must concur with the experts who have been willing to speak out, that the epidemic increase in the rates of autism are not a ‘genetic’ epidemic.”

Other drugs have also been linked to autism. A Danish study published in the Journal of the American Medical Association found that mothers who took Depakote (valproate), an anti-seizure drug that is used to treat bipolar disorder and migraines, were five times more likely to have children born with autism, Asperger syndrome and other developmental disorders. The U.S. Food and Drug Administration issued a warning in 2011 that children born to mothers using Depakote during pregnancy had lower cognitive scores and may suffer birth defects.

Gauging autism risk remains difficult, and so does diagnosing it in the first few months of life. Researchers continue to conduct studies to gain a better understanding of this disorder.