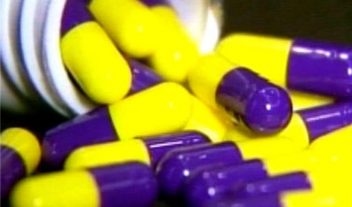 The U.S. Food and Drug Administration (FDA) is warning doctors and consumers that a supplement used to treat genetic disorders in children can cause serious harm and in some cases could lead to death.

New York-based compounding firm Medisca recently issued a voluntary recall of certain lot numbers of its L-citrulline products and warned consumers to be on alert for potential problems.

Children are primary users of L-citrulline, an amino acid used to treat genetic disorders found primarily in kids. It is also being studied for use in mild to moderate erectile dysfunction in men.

The FDA reported that several recalled lots of the medication actually contained no L-citrulline. Instead of L-citrulline, the lots contained another drug, N- acetyl-leucine, which is prescribed to treat vertigo.

Eight of the recalled lot numbers were sent to hospitals and pharmacies across the country. The FDA did not identify specifically who received the bad lots.

After receiving reports of several adverse events linked to the faulty drug, the FDA recently released a warning.

“Subpotent L-citrulline in patients with certain urea cycle defects can lead to high ammonia levels, which is serious and potentially life-threatening,” the FDA said.

At least half a dozen children have already reported health problems from taking what they thought was L-citrulline.

This amino acid clears excess ammonia from the blood. Too much ammonia in the blood can lead to brain damage and in serious cases, even death.

Cynthia LeMons, the executive director of the National Urea Cycle Disorders Foundation told NBC News that one girl sustained a significant loss of her hair, which came out in clumps, and suffered stomach pains because of excessive ammonia in her blood. The girl had to be hospitalized.

Medisca ships L-citrulline in powder form. From that, the drug can be sold as a powder or be compounded into tablets, capsules or liquids.

Most at risk from the faulty supplements are children who take them because of rare urea cycle disorders, which affect 2,000 to 2,500 U.S. kids. While other companies also supply the drug, Medisca is the main supplier.

Parents, caregivers and doctors of patients who take L-citrulline are urged to call their health care providers immediately if they have concerns about the product.

The FDA is also asking health care professionals to be aware of these recalled lot numbers and not administer them to patients. It also instructs them to return all unused products to Medisca.

The FDA and Troubled Compounding Pharmacies

This is not the first time Medisca has had trouble with its products. In 2012, the company was sentenced in U.S. district court for unlawfully selling human growth hormone drugs from China.

Other compounding companies have also come under fire for putting the public at risk. In 2012, a contaminated steroid distributed by the New England Compounding Center used to treat back pain resulted in almost 1,000 cases of fungal meningitis, which resulted in 64 deaths.

This incident prompted the FDA to pass stricter regulations on compounding pharmacies. In January 2014, these companies began registering with the FDA – including Medisca.

Medisca released a statement saying the faulty L-citrulline products “represent a potential health hazard. These lots should not be used for any purpose.”

The FDA said that all adverse reactions should be reported to the agency at MedWatch.