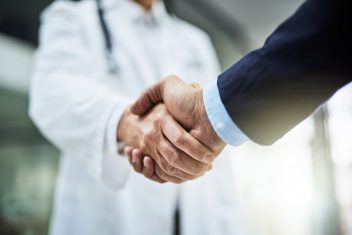 Not since 1996 has the U.S. Food and Drug Administration approved as many new drugs as it did in 2017.

The federal agency last year approved 46 substances referred to as new molecular entities (NME), which are novel drug ingredients. This does not include new forms of or uses for existing drugs or ingredients.

The pace appears to be the result of efforts by the agency to speed up the time it takes for drugs to enter the market. Consumer advocates say the FDA already had a quick approval process. They worry that speeding it up may be dangerous.

Nonetheless, in 2017, the FDA approved numerous drugs through streamlined approval pathways  designed to benefit patients and drug companies, but have been criticized as lowering the amount of evidence required to establish safety and effectiveness.

For example, the agency says that 18 of the 46 novel drugs approved in 2017 received approval through the Fast Track pathway, which is designed to speed new drug development and review, but has been criticized by researchers as having inadequate studies. Six novel drugs were approved through the accelerated approval pathway, which was also cited by critics as being less rigorous.

The drug was approved through the orphan drug program, which gives incentives to help the development of drugs for rare diseases. It’s estimated that 12,000 to 15,000 Americans have ALS. According to the FDA, officials at the agency actually reached out to the drugmaker after hearing about the use of edaravone in Japan to treat ALS, which attacks and kills nerve cells that control voluntary muscles, leading to paralysis and death.

The FDA in 2017 also approved a new drug for opioid-induced constipation, but no new addiction-treatment drugs.

The final drug approval in 2017 was given to Giapreza (angiotensin II) injection for intravenous infusion to increase blood pressure in adults with septic or other distributive shock.

The agency also broke records in its approvals for generic drugs in 2017. According to a statement from Commissioner Scott Gottlieb, the FDA took more action in the last six months of the year than any six-month period in the agency’s history.

On the opioid front, the FDA approved a generic fentanyl sublingual tablet for the management of breakthrough pain in cancer patients who are already tolerant to around-the-clock opioid therapy. The agency also approved a methadone hydrochloride injection for pain.

The flurry of generic drug approvals is one approach the FDA hopes will help lower drug prices. The agency has created what it calls a Drug Competition Action plan aimed at “reducing gaming by branded companies that can delay generic drug entry,” as well as removing scientific and regulatory obstacles and improving the agency’s process of reviewing generics.