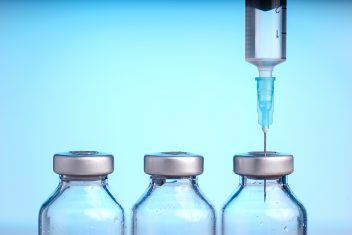 Even if people understand why immunizations are important, they may need a push in the right direction to get them moving, according to Dr. Noel Brewer, a health and behavior scientist at the University of North Carolina.

Brewer is the lead author of a new study that says you can’t change people’s behaviors about vaccines by simply giving them facts about potential health risks.

Instead, the study found it was more effective to give people a “nudge.”

Doctors, for example, could automatically schedule vaccinations for their patients and send them phone and text reminders about appointments, the report says.

Employers could provide incentives to boost vaccination rates. One company studied by researchers used prompts to encourage employees to get flu shots.

When employees were asked to give a date for when they planned to get a flu shot, vaccinations rose by 1.5 percent.

But flu vaccinations increased by 4 percent when the company asked for not only a date but a specific time.

That detail and others are included in the report, Increasing Vaccination: Putting Psychological Science Into Action, which was released last month. It comes amid dropping vaccination rates and rising fears of preventable disease outbreaks.

Public health officials declared the measles disease eliminated from the U.S. in 2000. But measles largely persists in this country because of unvaccinated people, according to the Centers for Disease and Prevention Control.

Experts noted the Somali community took the hardest hit. Unfounded fears about a link between childhood vaccination and autism persists in the Somali-Minnesota community.

Such fears are often traced to a since-retracted paper by former British doctor Andrew Wakefield published in The Lancet in 1998.

He lost his medical credentials for deceit after the purported link between the MMR (measles, mumps, rubella) vaccine and autism was debunked.

Misinformation about vaccines can prevent people from getting protected against serious diseases. Delaying or spreading out vaccination is also a concern even when patients do not actively refuse vaccines.

Brewer and his team of researchers also found in an earlier study that “less is more” when it comes to having conversations with parents and teens about the HPV vaccine.

The HPV vaccine protects against the sexually transmitted disease called the human papillomavirus. This disease can cause warts and certain cancers.

“It’s much more effective at visits to say the child is due for several vaccines,” Brewer told The Washington Post. Brewer thinks it’s better psychologically for patients to see vaccinations as routine.

Brewer added, of course, if parents have questions, then doctors should answer them, but in “short statements.”