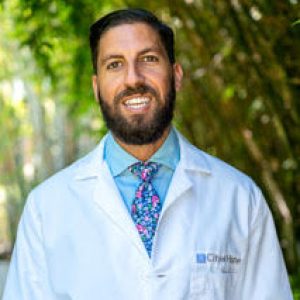 Dr. Joshua Mansour is a hematologist/oncologist with Kaiser Permanente and City of Hope, a National Cancer Institute-designated comprehensive cancer center in the Los Angeles area. He works in the field of bone marrow stem cell transplantation and cellular immunotherapy — a treatment that harnesses the body’s immune system to fight cancer.

After graduating with a Bachelor of Science in Psychology from Vanderbilt University, Dr. Mansour received his M.D. from Ross University School of Medicine. He completed his residency at the Medical College of Georgia. Dr. Mansour completed fellowships in hematology/oncology at the Medical University of South Carolina and in hematopoietic stem cell transplantation & cellular immunotherapy at Stanford University in California.

In 2019, he was the recipient of a “40 Under 40 in Cancer” award, recognizing 40 emerging leaders in oncology around the U.S. under the age of 40. He is a board member of the Medical Oncology Association of Southern California and a member of the American Society of Hematology and the American Society of Clinical Oncology.
Dr. Mansour has written or contributed to more than 100 abstracts, manuscripts and commentaries in medical journals and news outlets. His commentaries on the risks of vaping and e-cigarette use by minors have appeared in U.S. News and World Report, as well as Today’s Practitioner.