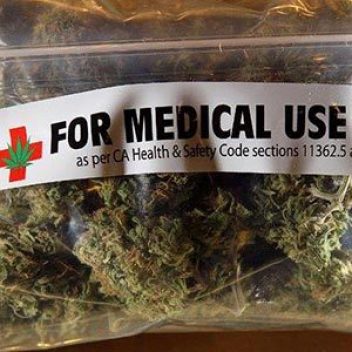 Support for medical marijuana is at an all-time high in the United States – a 2013 Fox News poll showed 85 percent of Americans in favor – but there is one industry that won’t budge on the issue: health insurance companies.

Medical marijuana is approved in 22 states and is on the ballot this fall in four others, but has zero support from insurance companies, according to recent news reports.

People spend up to $1,000 a month on medical marijuana for help with pain, sleep, and appetite stimulation during chemotherapy, but get no reimbursement from insurance companies. The insurance industry continues to ignore appeals to add pot to the list of drugs it covers, appearing to instead hide behind federal regulations and bureaucracy.

Part of that wall of protection came down in May, when a New Mexico Court of Appeals ruled that an employer’s insurance company must reimburse an injured employee for medical marijuana he purchased to deal with pain. Lawyers for the insurance company likely will appeal.

The insurance companies claim they are trapped between state laws that allow medical marijuana and federal laws, which classify it as a Schedule 1 agent, meaning a drug with increased potential for addiction and no known medical use. Federal law makes it a crime to use marijuana for any purpose.

The U.S. House of Representatives voted in May to block the Justice Department from interfering with state medical marijuana laws. The vote was symbolic in nature, coming nine months after U.S. Attorney General Eric Holder directed DOJ members not to challenge state laws that allow medical or recreational use of pot.

So, while lawmakers and prosecutors walk the fence between federal and state laws, the insurance industry is steering clear of the issue altogether. The industry blames the Food and Drug Administration (FDA), one of several levels of federal bureaucracy involved in the issue.

The FDA must approve a drug before insurers will cover it as treatment. However, the FDA says it won’t approve medical marijuana until it sees clinical studies that answer questions about effectiveness, safety and potential side effects.

But it can’t get studies until the Drug Enforcement Administration (DEA) issues a permit to researchers to purchase and experiment with pot. The researchers would then have to explain what they’re doing, why they’re doing it and how they would keep the pot secure during a clinical trial.

Researchers then must go to another agency, the National Institute on Drug Abuse (NIDA), to get samples of the drug for studies. The NIDA, however, only grows a few strains, which limits research options in calculating effectiveness, safety and side effects.

So consumers sit painfully on the sidelines while the DOJ, FDA, DEA and NIDA sort through their rules and regulations. In the meantime, support for use of medical marijuana grows everywhere outside the political arena and insurance industry.

Medical Community is On Board

The medical community overwhelmingly disagrees with the federal government’s contention that “marijuana has no known medical use.” A 2014 survey of 1,500 doctors by WebMD/Medscape showed that 67 percent say it should be a medical option. Groups like the American Public Health Association, American Academy of Family Physicians and American Nurses Association are on record in favor of it.

“The medical community is clearly saying they support using marijuana as a potential treatment option for any number of medical problems,” said Dr. Michael W. Smith, chief medical editor for WebMD. “The findings would indicate a strong desire to have the DEA ease the restrictions on research so that additional studies can be done to conclusively show where medical marijuana can help and where it might not.”

Despite the obstacles, some studies continue, showing positive results on the medical value of marijuana. Researchers from the University of California-San Diego found that medical marijuana helps sensory neuropathy, spasm pain from multiple sclerosis, and shows promise in the management of anxiety and psychotic symptoms of schizophrenia.

None of the findings, however, elevated marijuana to acceptable status with insurance companies, many of which choose to avoid the topic altogether.

“This is not a political issue, it’s a medical issue,” said John Morgan, an Orlando personal injury attorney who was the driving force behind getting medical marijuana on the ballot in Florida. “It’s a step to not only providing safer pain relief and treatment methods for those with legitimate diseases, but also to help end the rampant problem of prescription drug abuse.”