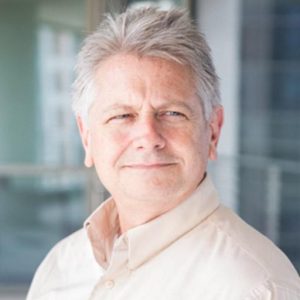 A veteran journalist, Kevin Connolly joined the Drugwatch team in 2016. He provides a watchdog perspective to Drugwatch honed after 20 years as a reporter and editor for newspapers, mainly the Orlando Sentinel. He demands accountability from pharmaceutical companies hawking dangerous drugs and device manufacturers selling defective medical products. He is a member of the International Society for Medical Publication Professionals, the Drug Information Association and Investigative Reporters and Editors.

His passion for journalism flourished at a young age: As a young paperboy, he helped his family deliver Sunday editions of the Providence Journal before sunrise. As a teen, he volunteered at a local hospital as he explored his interest in health care. But as an adult, he was drawn into journalism, working in every role at his campus newspaper at the University of South Florida in Tampa. He was a freelancer for the Tampa Times and part-time editor and designer for the Charlotte Sun Herald in southwest Florida. He earned a bachelor’s degree in mass communications from USF.

Kevin covered county government and education at his first professional newspaper job at the Stuart News in South Florida. Then he joined the Orlando Sentinel, where he reported on nearly every beat in regional offices across Central Florida. He worked his way up to bureau chief in Volusia County. Then he helped guide the newspaper’s successful transition to a digital-first newsroom during an eight-year stint as a breaking-news editor. He was part of the team that covered the high-profile Casey Anthony trial. The Orlando Sentinel’s website hit a company record of 22.5 million page views when an Orlando jury acquitted her of murder on June 5, 2011.

"We're watchdogs. We demand accountability for bad drugs and flawed medical devices. Consumers can count on us for the unvarnished truth."

Along the way, Kevin has covered a wide variety of topics as a journalist, including local government, crime, the environment and politics. But his interest in health and science never went away. He initiated projects about Legionnaires’ disease and flesh-eating bacteria. He also wrote about brain-eating amoeba deaths, mosquito-borne illnesses, sexually transmitted diseases and public-health agencies.

He strongly believes in lifelong education. Kevin recently completed the CDC’s Health Literacy for Public Health Professionals and Writing for the Public courses. He earned credits for a master’s degree in Public Administration from Florida Gulf Coast University. He also completed classes at Seminole State College of Florida in biology, microbiology, chemistry, anatomy and physiology. A proud father of three, he volunteers for Boy Scouts and Girl Scouts. He enjoys camping, astronomy, swimming and genealogy.