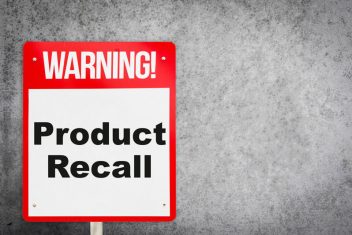 Months after the company removed four models of its duodenoscopes from the market, device maker Fujifilm Medical Systems has issued an “urgent” recall of another model.

The recall of model ED-530XT is to allow the company to provide replacement parts to address issues with reprocessing — or cleaning and sanitizing — the device between procedures involving different patients.

Duodenoscopes are used by medical professionals to see patients’ upper digestive tracts, including the esophagus, stomach and duodenum.

Reprocessing issues have bedeviled duodenoscopes, some of which have been linked to hundreds of outbreaks of deadly superbugs, also known as antibiotic-resistant bacteria, among hospital patients around the world. The issue is that some parts of the scope are particularly difficult to thoroughly clean and consequently, the scopes may retain tiny amounts of bacteria or patient tissue or fluids.

In August 2015, the U.S. Food and Drug Administration warned duodenoscope manufacturers Fujifilm, Pentax and Olympus that they had failed to issue adequate cleaning instructions for the devices and failed to report adverse events.

In particular, a letter to Fujifilm detailed four inspections made at its facilities around the world in March and April 2015 and found that duodenoscopes manufactured there were “adulterated,” or the processes used to manufacture, pack, store or install the devices didn’t conform with federal regulations.

When Fujifilm removed older models of the scopes from the market in January 2017, it said it was replacing those models with the ED-530XT, the model that is now being recalled.

The company intends to replace the model’s forceps elevator mechanism and O-ring seal, as well as the distal end cap. Fujifilm also intends to issue a new operation manual, with updated instructions for cleaning, disinfection and storage.

The company asks health care providers to replace all current manuals with the updated operation manual and guides for cleaning, disinfection and storage. The company says it will contact customers by October with instructions on returning the ED-530XT for replacement parts.

Remediation of the scopes is expected to take approximately two weeks. Fujifilm says it will provide loaner duodenoscopes while that is being done at a facility in Wayne, N.J.

The new manual will require users to send the ED-530XT to the manufacturer once a year for inspection of the forceps elevator mechanism. Users will also be directed how to precondition the scope at specific temperature and humidity.