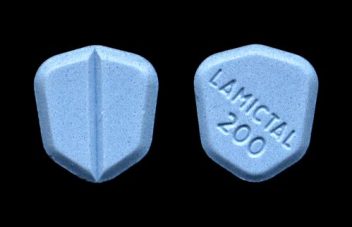 Taro Pharmaceuticals voluntarily recalled some of its Lamictal (lamotrigine) medication after tests showed some of the mental health drug was contaminated when it left the factory.

Lamictal is part of a family of drugs called ACE inhibitors and is used to treat epilepsy and bipolar disorder.

Taro reported that it found some of the tablets had been cross contaminated with another substance used to make other drugs at the same factory. The substance, enalapril maleate, is a heart and blood pressure medicine used to treat hypertension and congestive heart failure.

“There is potential with chronic exposure to enalapril maleate to impact users particularly if they are small children or pregnant women,” Taro said in a company announcement posted to the U.S. Food and Drug Administration website.

In pregnant women, enalapril maleate can cause miscarriage or birth defects in a developing fetus, according to the drug’s label. It can also result in death or serious medical complications for newborns if a woman takes it during pregnancy.

Taro recommends that anyone who purchased tablets from the recalled lot should stop taking them and return the tablets to the pharmacy where they got them for an immediate replacement.

People who experience any problems which may be related to the recalled tablets should contact their doctor or other health care provider.

At the time of the recall, Taro had not received any reports of serious side effects related to the recalled Lamictal. But the company and the FDA were monitoring for potential problems.

People can also report any side effects they experience while using Lamictal to the FDA’s MedWatch program online, or they can request a paper form to report problems by calling toll free at 800-332-1088.

Consumers who have questions should call Taro Pharmaceuticals toll free at 866-923-4914 or e-mail the company at TaroPVUS@taro.com.

In April 2018, the FDA warned that Lamictal could cause a rare but serious reaction that could result in a potentially fatal autoimmune response. The reaction triggers the body’s immune system and causes severe inflammation throughout the body. The FDA ordered a new warning about the potential side effect to be added to Lamictal’s labels.

The reaction is called hemophagocytic lymphohistiocytosis (HLH). Symptoms are an uncontrolled immune response and a temperature above 101 degrees. HLH could cause problems with blood cells and organs including the liver, kidneys and lungs.

As of Nov. 12, 2019, the FDA had received 81 reports of HLH associated with Lamictal and generic versions of lamotrigine, including 8 deaths.

Other serious side effects of Lamictal and generic lamotrigine include life-threatening rashes including Stevens-Johnson syndrome. It carries a black box warning that people should stop taking it at the first sign of a rash unless the rash is clearly not related to the drug.