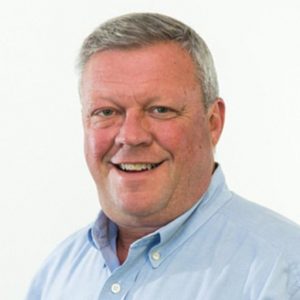 Terry Turner is an Emmy-winning journalist with more than 25 years of experience in radio, television, print and digital media. As a writer for Drugwatch, he reports on medical devices, prescription drugs and FDA policy.

He collaborates with doctors, researchers and other experts in the medical field to provide reliable information on medical devices, including IVC filters, hernia mesh, and hip and knee implants.

In July 2018, he published an investigative report on Drugwatch about the overprescribing and overuse of proton pump inhibitors such as Nexium and Prilosec. Months of research revealed that millions of Americans are buying and using risky medications that provide them no benefit.

Terry holds six Health Literacy certificates from the Centers for Disease Control and Prevention (CDC) and a Bachelor of Arts in Media Arts from Lyon College.

He is a member of the American Medical Writers Association (AMWA) and The Alliance of Professional Health Advocates.

"As big business increasingly dominates health care in this country, consumers need resources like Drugwatch to hold businesses accountable for the quality of care they provide."

He has spent his decades-long career keeping people informed about complex issues that directly affect them. He routinely reported on health and medical policy issues before Congress, the FDA and other federal agencies.

Early in his journalism career, Terry exposed a gap in Arkansas law that allowed teens to easily produce cheap, potent methamphetamine. His reporting was credited with helping spur new state pharmacy guidelines to close the loophole.

As an investigative reporter, Terry covered Congress, the White House and federal agencies for more than 100 television news departments across the U.S.

His “Washington Watchdog” reports included stories about federal overspending on dialysis drugs, lax enforcement of laws against medical experiments on humans and a change in federal law that cut off health insurance for 8 million children.

Terry is passionate about providing consumers and patients with the comprehensive information they need when facing some of the most important questions about their health and their lives.

As American health care is increasingly shaped by a handful of large pharmaceutical, medical device and insurance corporations, Terry believes citizen-driven safeguards become more important for each of us. He has written about too many cases of companies putting profits above patients.

Terry believes if consumers are informed about the risks they face they can take the steps necessary to hold corporations accountable when those companies harm patients.