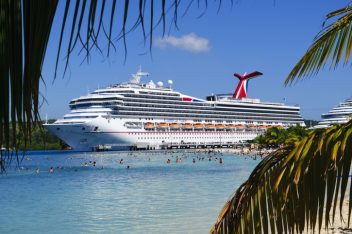 As COVID-19 case numbers climb across the United States, so do the numbers of class action lawsuits for consumer fraud, misleading the public and other types of alleged wrongdoing.

Cruise lines, airlines, insurance companies and federal and state governments are among those on the list facing legal battles stemming from the pandemic. American small businesses and health care workers have even sued China for allegedly spreading misinformation and medical supply hoarding.

“This early litigation is really, from our vantage point, the tip of the iceberg. The level of litigation could really go into so many different directions,” Harold Kim, president of the U.S. Chamber Institute for Legal Reform, told USA Today.

In one of the first lawsuits filed mid-March, shareholders accused Norwegian of providing a misleading positive outlook of its financial results in spite of the coronavirus outbreak. According to the lawsuit, leaked employee emails said Norwegian “asked sales staff to lie to customers about COVID-19 to protect the company’s bookings.”

Suggested talking points included, “The only thing you need to worry about for your cruise is do you have enough sunscreen?” And, “The Coronavirus can only survive in cold temperatures, so the Caribbean is a fantastic choice for your next cruise.”

Paul Turner’s class action complaint filed on April 7 against Costa claims the company kept the truth about COVID-19 from passengers aboard the Costa Luminosa, and “they were dragged across the Atlantic in a ticking coronavirus time bomb.”

“Costa concealed information surrounding the coronavirus from passengers by blocking out news channels on stateroom TVs that had previously been available to passengers during the beginning of the cruise,” the complaint said.

Princess Cruise Lines was hit with a class action on April 8 filed by Robert Archer and other passengers aboard the Grand Princess.

According to the complaint, “Defendants did not notify passengers who were scheduled to board the vessel on February 21, 2020, that passengers from the prior Mexico trip had reported COVID-19 symptoms, or of the fact that passengers remaining aboard the Grand Princess had been exposed to and might be infected with and/or carrying the virus.”

United, Southwest and Delta face a cluster of class actions for cancelling flights and issuing travel vouchers instead of refunds. Plaintiffs claim the companies denied refunds even as airlines are set to receive a $58 billion bailout as a part of the Coronavirus Aid, Relief and Economic Security, or CARES, Act.

“Now is not the time for United to change its promises and deprive customers of a refund, even the more so as United has benefited from a generous government bailout,” Rudolph’s attorney, Steve W. Berman, told Law360.

“Now is not the time for United to change its promises and deprive customers of a refund, even the more so as United has benefited from a generous government bailout.”

Similarly, Adrian Bombin sued Southwest on April 16. His suit says the airline failed to provide a refund after canceling his flight in spite of an enforcement notice from the U.S. Department of Transportation that said customers were entitled to a refund for cancellations because of coronavirus.

Delta faces a class action filed by Elliot Daniels on April 17. Daniels said Delta is refusing to refund passengers’ tickets and “is misleading passengers about their rights by making it difficult to locate information about refunds.”

These lawsuits ask for a refund of ticket prices plus attorney’s fees.

China Faces $8 Trillion Suit and Is Accused of Hoarding Supplies

“According to scientists almost 99 percent of the world’s infections could have been avoided if the defendants had acted properly in early December 2019,” plaintiffs said.

According to the suit, the Chinese government “engaged in a campaign of falsehoods, misinformation, cover-up and destruction of evidence.” No evidence of this claim is provided in the complaint.

In another suit filed on the same day in Florida, a group of medical professionals accused China of hoarding personal protection equipment (PPE) and withholding it from the United States.

“On the front line of our nation’s response to the effects of this deadly pandemic are the nearly 4,000,000 doctors, nurses, medical technicians, paramedics, and EMTs who are faced with severe shortages of PPE,” plaintiffs said in their complaint. “These shortages can be directly traced to the actions of Defendants.”

At the time of the complaint, two of the plaintiffs had tested positive for COVID-19 and others were awaiting test results. The health care workers are seeking compensatory and other damages for class members.