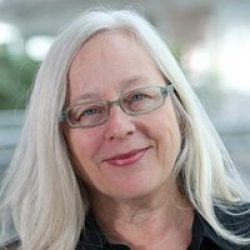 Welcome to the second half of our two-part podcast featuring Lisa McGiffert, director of Consumers Union’s Safe Patient Project, the policy arm of Consumer Reports.

In this episode, we continue the discussion on medical device warranties from our last chat.

The warranty proposed by Safe Patient Project is patient-centric and focused on protecting people who receive these implants.

“We are asking them to cover, basically, parts and labor,” said McGiffert. Ideally, neither the patient nor the doctor should have to pay for the cost of replacement parts during a revision surgery.

Currently, Biomet is the only implant manufacturer that offers a warranty on one of its products, allowing patients to replace the same implant, but it doesn’t cover labor costs. McGiffert says that if the implant design is the problem, then patients should be allowed to get another type or brand of implant and have it covered under a warranty.

Replacing a faulty implant with the same model might be appropriate for some people, but if the device was recalled, or if it was the subject of warnings by the FDA, doctors and patients should be allowed to have more options without incurring additional expenses.

This was one of the conditions Safe Patient included in its letter to major implant manufacturers.

In June, Safe Patient sent a letter to the CEOs of these major companies, detailing the pressing reasons why hip and knee implants should be warrantied. They also asked for a meeting with officials to discuss the terms of the warranty.

Most of the companies remained silent on the matter.

“We did get a long explanation from Smith & Nephew and some brief email acknowledgements from DePuy,” McGiffert said. “We appreciate the response we received from the ones that did respond.”

Although none of the companies offered to meet with Safe Patient, they met with their trade association, and proposed a group meeting. However, the companies’ lawyers advised against it.

Officials at Safe Patient reached out to their activist groups all over the country. McGiffert estimates that each implant manufacturer received at least 50,000 emails pushing for a warranty.

They plan to reach out to other possible allies in the fight to get these implants warrantied.

“We plan to reach out to not just doctors, hospitals and other health care providers, but to employers and insurers to join us,” McGiffert said. “We feel doctors, surgeons especially, are going to be great allies because many of them are trying to sort out which of these devices is the safest.”

McGiffert says the fragmented, privately-owned health care system in the U.S. contributes to the general problem of tracking these devices. Since each entity has its own way of processing and pricing these products, there is no centralized tracking system.

Providing a warranty could help doctors figure out which devices to use.

The Human Side of Medical Devices

When so much emphasis is placed on numbers, it can be easy to lose track of the human stories behind those failure rates or the number of surgeries performed each year.

Safe Patient actively collects these accounts and focuses on the faces accompanying these stories.

“We received nearly 3,000 stories. We went through all those stories, and the majority of them were people who were happy with their implant,” McGiffert said. “But most of them wished they had known more information and also support a warranty.”

However, not all feedback was positive. Some people shared their negative experiences with a faulty implant.

McGiffert recounts the story of one man who received a metal-on-metal implant. In an attempt to fight off the toxic levels of metal in his tissues and blood, his body encapsulated the metal particles. This caused inflammation in the joint, extreme pain and tumor-like masses to develop in the surrounding tissues.

Other patients also suffered severe pain, swelling and a variety of health problems stemming from the metal particles released by the implants.

More than half of those who shared their story didn’t even know the type of implant they received. This bit of information is critical for patients if a device should malfunction or fail.

Safe Patient researched the number of recalls, and in the last 10 years, the six major companies recalled more than 1,200 products. Many patients were unaware when their device or a part of it was recalled.

McGiffert is optimistic about their early progress.

“We have had a really great response from people,” she said. “It has been really positive. We plan many more activities in the future. We just started this, so I would say stay tuned.”

More from Latest News
Who Am I Calling?