Chicago Man: “Taking Propecia is the Biggest Regret of My Life” 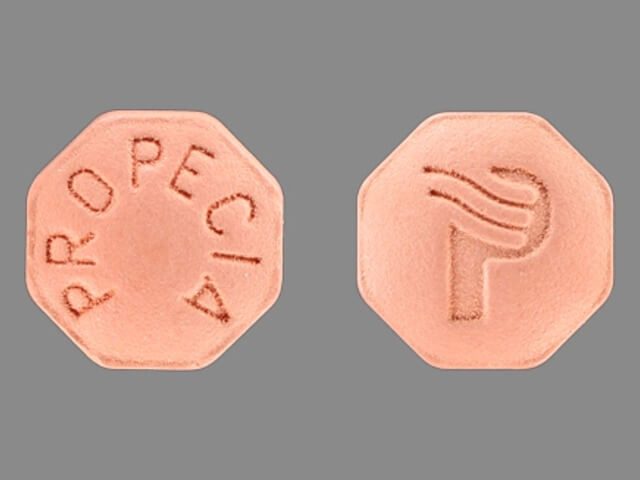 When an Illinois man first heard of and took Propecia (finasteride), he was 18 years old. But, what he never heard about were side effects, such as sexual dysfunction, weight gain, depression, anxiety, mental confusion and others.

More than a decade later, he continues to suffer side effects even after he stopped taking Propecia — a hair-loss drug manufactured by Merck & Co.

“I know that there were ads for Propecia in Sports Illustrated since at least 1997. I have an old issue that I saved that has an ad in it from when Green Bay won the Super Bowl,” the Chicago lawyer told Drugwatch. “I stopped at age 26 in 2013. I am 31 now.”

“It's been four and a half years since I stopped taking Propecia, and I still have all the side effects.”

Before taking Propecia, the attorney — who is only being identified as PK — noticed his receding hairline. He was a young man and was worried about his appearance and how it would affect his chances meeting and talking to women.

“Maybe I saw some TV commercials [for Propecia]. I don’t recall. I do know that I was aware that there were things a person could do about losing their hair,” he said.

His dermatologist recommended Propecia for his hair loss and assured PK that side effects were minimal. In fact, he even called one of the side effects a benefit.

“He mentioned that Propecia’s only real side effect was that it shrinks the prostate, so I would have to mention that to my doctor when I started getting prostate exams when I was older,” PK recalled. “He framed this as a benefit because growing prostates are associated with sexual problems and urinary difficulties.”

Blindsided by Long-Term Side Effects

Like many other Americans, PK trusted his doctor to tell him about any severe side effects. At the time, there wasn’t much information on the internet for him to research.

“The forums for Propecia victims were not as established when I first started taking the drug, and Google was simply not as big a deal as it is today. I also trusted my dermatologist, and never thought that Propecia could lead to any sexual side effects — let alone long-term sexual side effects.”

Because the side effects of Propecia can be sexual, mental and physical, the medical community called the condition Post Finasteride Syndrome (PFS). Unfortunately for men taking Propecia, it is a very misunderstood condition and doctors often don’t know how to treat it.

Fact
Side effects of Propecia are referred to as Post Finasteride Syndrome.

“I was having some impotence and decreased sensitivity with my then-girlfriend, and Propecia was the only drug I was taking. I also just had a physical, and a nurse saw my chart and opined that he wouldn’t take Propecia because he was worried about the side effects.”

It was now several years after PK had been taking Propecia, and when he looked on the internet he was surprised to find thousands of people with the same problems he suffered. He made an appointment with the dermatologist who prescribed him the drug in high school.

“He then mentioned that a small minority (about 2 percent) of Propecia patients had sexual side effects, but that they usually went away in two weeks. He also said that there was some evidence of long-term sexual problems.”

Unfortunately, this warning came too late for PK.

“I live with my girlfriend, and we are discussing getting engaged. We very rarely have sex because I have very little desire for sex, and because when I am able to have an erection, the sensitivity is terrible. This is a huge issue in my life, although she has been great about it.”

Sexual side effects PK suffers include:

PK first noticed the sexual side effects, but he considers the mental side effects the worst. He describes feeling “flat,” and that he finds it hard “to care about things.”

“The concentration problems are hard because I am a lawyer, and I obviously need to be able to concentrate to make legal arguments and to write effectively,” he said. “It also impacts my relationship with my girlfriend. She feels that I never get excited, which I believe is due to anhedonia (ability to feel pleasure) brought on by Propecia.”

Mental side effects PK suffers include:

“The dull ache behind my left testicle is the worst part of this. The gynecomastia is mild — but I am not overweight — and my body looks strange. I have fat in my chest and around my stomach. I believe this is because my testosterone and estrogen levels are screwed up.”

PK's Side Effects Include:

In addition to the sexual, mental and physical side effects, PK suffers from miscellaneous issues connected with PFS.

‘Propecia is the Biggest Regret of my Life’

“Taking Propecia is the biggest regret of my life,” PK said. “I now take all sorts of vitamins and probiotics to try and manage the symptoms. I have changed my diet around, and spent thousands of dollars on doctor visits and supplements to attempt to fix what finasteride has done to my body.”

PK reflects on his difficulty in law school and is convinced Propecia affected his performance.

“If finasteride hurt my LSAT scores, I believe that one could argue that it has cost me tens of thousands of dollars of income so far.”

The lack of sexual desire has affected his relationship with his girlfriend.

“I have to constantly reassure my girlfriend that I love her because she is worried I do not find her attractive, due to my inability to get erections and my lack of sex drive.”

Finding treatment for his symptoms is difficult because most doctors don’t even know PFS exists — or worse, don’t believe it exists.

“One doctor told me to lose weight. One doctor asked if I was gay. My medical records never seem to be straightforward, and when I bring in studies to show the doctors about the side effects of finasteride, they are dismissive.”

For PK, the side effects are terrible. But what he finds the most disturbing and frustrating is the ignorance of the medical community.

“These doctors are 15 years behind what the research and, more importantly, the patients, are saying about Propecia,” he said. “They are blindly following Merck and the FDA.”

‘It Isn’t Worth Having Hair’

Now, PK does his best to live with the symptoms. He doesn’t want to give up hope that they will diminish someday, and he can live a normal life.

PK’s experience with Propecia has also changed the way he views prescription drugs and the U.S. Food and Drug Administration.

“I am doing everything I possibly can to avoid prescription drugs in the future. I don’t have any confidence in the FDA’s ability to regulate giant pharmaceutical companies.”

He has some strong advice for men considering taking the drug.

“I would tell anyone considering finasteride that it isn’t worth having hair. It’s destroyed me sexually, and I feel like a zombie, mentally. I have trouble relating to others, and it has made me dumber. The hard thing is, guys joke about impotence, and it isn’t something you can seriously discuss with friends.”