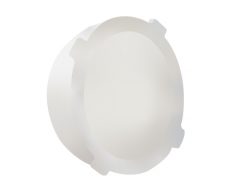 Exactech Connexion GXL Hip Liners are hip implants used for primary and revision hip replacement surgery. The liner is made of a type of plastic called polyethylene. Exactech claims they use a special process to make Connexion GXL liners tougher and reduce wear.

Exactech uses irradiated ultra-high-molecular-weight polyethylene (UHMWPE) plastic in its Connexion GXL hip liners, according to the company’s website. Using a special radiation process on the plastic makes the liners more resistant to wear.

While other manufacturers use radiation to reduce wear, this often comes at the cost of fracture toughness. According to Exactech, the compression-molded plastic in its Connexion GXL liners uses a different radiation process.

“This process provides a 59 percent wear reduction over the clinically successful standard Exactech polyethylene while maintaining an acceptable level of fracture toughness,” according to an Exactech brochure.

Connexion GXL hip liners are indicated for use in people who need a total hip replacement because of osteoarthritis, osteonecrosis, rheumatoid arthritis, congenital hip dysplasia, ankylosing spondylitis and other degenerative hip problems.

In order to recreate the hip joint, implants have a ball that fits into a cup called an acetabular component. The component is made of an acetabular shell and a liner. This ball and cup fit into the hip socket. A stem attaches to the ball and connects to the thighbone.

Acetabular liners fit in between the ball and the acetabular shell. This allows the implant to move. The liners can be made of ceramic or plastic.

Exactech Connexion GXL hip liners are contraindicated in patients with severe infection, patients with neuromuscular disorders that affect the hip joint, and patients whose weight, activity level, or age would cause early failure.

Most people who have hip replacements recover well. Exactech markets the Connexion GXL liner as more resistant to wear and fracture, but some studies have reported osteolysis in patients implanted with the liner.

Osteolysis occurs when debris from polyethylene wear builds up in the joint. It causes the surrounding tissue and bone to degenerate. This can cause implant loosening and lead to premature revision surgery.

However, two 2020 studies published in peer-reviewed medical journals found that the Exactech Connexion GXL liner may be prone to a high rate of early failure. Study authors concluded the failure rate was caused by high wear rates that led to osteolysis.

Dr. W. Christian Thomas and colleagues at the University of Florida College of Medicine published their study findings in the Journal of Arthroplasty.

Authors looked at their institutional database for patients who had significant osteolysis after a primary hip replacement with an Exactech Connexion GXL liner from January 2009 to June 2019.

They identified 12 patients, and nine of them were undergoing revision surgery because of complications. They found the average time before the implants failed was 55.9 months, or about five years.

Authors did not find any patient risk factors or implant positioning, so they concluded it could be the implant’s design causing early failure.

“The Exactech Connexion GXL liner may be prone to a high rate of early failure from wear and severe secondary osteolysis. We recommend close surveillance of patients with this bearing surface,” authors concluded.

Dr. Cynthia Kahlenberg and colleagues at the Hospital for Special Surgery published their review in Arthroplasty Today.

Authors looked at 204 total hip replacements performed by one surgeon using the Exactech Connexion GXL liner. They found five cases of osteolysis and severe wear that occurred within five years of surgery.

“This review of 5 cases of catastrophic early polyethylene wear demonstrates a concerning trend with the use of the Exactech Connexion GXL liner,” authors concluded.