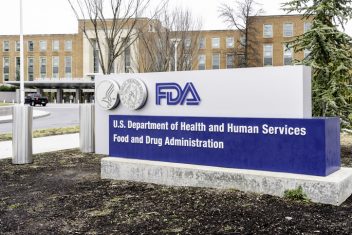 The U.S. Food and Drug Administration (FDA) has approved Invokana, the first drug in a new class of type 2 diabetes medications that take an innovative approach to managing blood sugar levels.

Unlike other diabetes treatments that lower blood sugar by altering how the body produces or reacts to insulin, SGLT2 inhibitors work completely independent of insulin. With the new drugs, excess sugar is passed in the patient’s urine after the kidneys filter it from the blood.

Invokana and other SGLT2 inhibitors offer a promising new treatment option for the estimated 24 million Americans with diabetes, who face a greater risk for vision loss, kidney and nerve damage, heart attack and stroke. It will likely serve as a second option for patients who don’t respond to current therapies, such as Merck & Co.’s top seller, Januvia.

The U.S. Centers for Disease Control and Prevention (CDC) estimates that only 11 percent of approximately 79 million Americans with prediabetes are aware they have the condition. Brought on by obesity, poor diet and a lack of physical activity, prediabetes elevates blood sugar levels and can easily escalate to diabetes if left unchecked.

With such a vast market of potential patients in the United States, financial analysts say Invokana may be poised to achieve blockbuster status, earning at least $1 billion in annual sales for Johnson & Johnson.

Tony Butler, an analyst at Barclays PLC in New York, predicts $800 million in peak sales, according to Bloomberg.  Estimates compiled by Thomson Reuters suggest the drug could generate approximately $468 million in sales in 2016.

As the first company to win FDA approval, Johnson & Johnson has a leg up on industry rivals developing their own SGLT2 inhibitors, including Eli Lilly and Co., Bristol-Myers Squibb Co., Astellas Pharma Inc. and AstraZeneca PLC.

Lilly, in cooperation with German research partner Boehringer Ingelheim, has submitted a New Drug Application to the FDA seeking approval of empagliflozin, which is in the new class. Initial results from several late-stage clinical studies found the drug to be more effective than a placebo, Lilly said in a January statement. More details on the studies will be presented at the American Diabetes Association annual meeting in June.

The FDA approved Invokana after reviewing nine clinical trials involving more than 10,000 patients. While the studies demonstrated Invokana’s effectiveness at controlling blood sugar levels both alone and in combination with other diabetes medications, the FDA plans to keep a watchful eye on the drug’s safety.

Reported problems with popular diabetes drugs in the past highlight the need for vigilant safety monitoring, especially with new drugs. One recent study published by JAMA Internal Medicine found that patients taking Januvia or Byetta may face double the risk of developing an inflamed pancreas, which is associated with kidney failure and pancreatic cancer.

Numerous complications have also been reported with Actos, which comes with an increased risk of bladder cancer and heart problems, according to a 2011 FDA warning.

In one clinical trial currently investigating the risk for heart attack and stroke in 2,886 high-risk patients, 13 patients on Invokana and one taking a placebo suffered a major cardiovascular event within the first 30 days of treatment. The drug was found to raise bad cholesterol (LDL), but also caused favorable changes in good cholesterol (HDL), blood pressure and body weight.

The most common side effects observed in all trials were urinary tract infections (UTIs) and yeast infections, caused by the high levels of sugar in the urine.

To ensure the safety of patients taking Invokana, the FDA has required Johnson & Johnson to conduct five post-market studies. The studies will monitor the drug’s potential health effects, such as cancer risk and risks to the heart, pancreas, liver and bones.