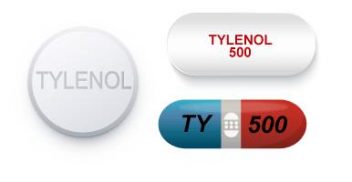 This article was updated to include the FDA’s 2015 final guidance on OTC Acetaminophen.

Before reaching for a bottle of Tylenol, popping a DayQuil pill or downing a dose of Tylenol Cold and Flu this flu season, Americans should know these popular drugs and their generic counterparts may harm their liver.

Acetaminophen effectively lowers fever and relieves minor aches and pains without stomach discomfort and heart issues associated with ibuprofen and other non-steroidal anti-inflammatory drugs (NSAIDs). For years, Tylenol – and the drug’s manufacturer Johnson & Johnson – has claimed it is the pain reliever most recommended by doctors.

But, earlier this month, the Food and Drug Administration (FDA) urged healthcare providers to stop prescribing combination drugs products that contain more than 325 mg of acetaminophen, the active ingredient in Tylenol and similar products, over concerns of liver damage.

“By limiting the maximum amount of acetaminophen in prescription products to 325 mg per tablet, capsule, or other dosage unit, consumers will be less likely to overdose on acetaminophen if they mistakenly take too many doses of acetaminophen-containing products,” FDA spokesperson Eric Pahon told the Arthritis Foundation.

This new communication to healthcare professionals is the latest step in the FDA’s attempt to cut down on incidences of potentially fatal liver damage associated with acetaminophen. In 2011, the agency asked manufacturers of prescription combination drugs to limit the amount of acetaminophen to 325 mg per tablet or capsule by January 14, 2014.

In March 2014, the FDA announced all manufacturers had stopped marketing products with more than 325 mg of acetaminophen.

The risk of liver damage is nothing new with drugs containing acetaminophen.

Despite the drug being on the market for about 60 years, it wasn’t until 2009 that the FDA required manufacturers of over-the-counter (OTC) Tylenol and its generic equivalents to post a warning label for liver damage. These labels are often glossed over by consumers who assume OTC medications are safer than prescription drugs.

The FDA is concerned because most people aren’t aware that there are more than 600 medicines on the market that contain the popular and powerful painkiller, and it is the leading cause of acute liver failure in the U.S.

In fact, Tylenol and other acetaminophen-containing combination drugs kill hundreds of people and send about 56,000 more to the hospital each year.

Consuming acetaminophen responsibly is even more important as the 2014 flu season hits the nation hard and fast this year. With many Americans reaching for Extra Strength Tylenol and various Tylenol brand and generic flu medicines to control their illness, few may stop to read labels or keep track of the dose.

The FDA set the safe 24-hour dose limit of acetaminophen at 4,000 mg per adult, but some doctors say that it should be capped at 3,250 per day.

It turns out liver damage isn’t the only troubling side effect of taking too much acetaminophen. The drug can also cause a number of skin rashes, some potentially fatal.

In August 2013, the FDA warned about these skin rashes: Stevens-Johnson syndrome (SJS) and toxic epidermal necrolysis (TEN), and acute generalized exanthematous pustulosis (AGEP). SJS and TEN can be fatal and include symptoms such as flu-like symptoms, blindness, organ damage, rash and scaring.

The risk of all of these side effects increases when people take acetaminophen with alcohol.

Accidental Overdose Can Be Easy

Doctors may prescribe extra strength doses of painkillers or flu medicines containing the drug, and consumers may still reach for over the counter remedies with even more acetaminophen. Some doses can contain as much as 1,000 mg, and it can be easy to over-shoot the 4,000 mg target.

For instance, one pill of Extra Strength Tylenol contains 500 mg of acetaminophen. One dose is two pills, upping the intake of acetaminophen to 1,000 mg per serving. The warning label says a person can safely take 2 caplets every 6 hours and no more than 6 in 24 hours – that is 3,000 mg.

If a person then reaches for liquid Tylenol Cold and Flu Severe to take care of congestion, they are getting 650 mg of acetaminophen in each dose. So if someone takes 2 doses of Tylenol Cold and Flu at 650 mg that equals 1,300 mg plus the three doses of Extra Strength Tylenol would put them at 4,300 mg.

One study reported a staggering 40 percent of patients who suffered acute liver failure because of unintentional acetaminophen overdose took two or more products containing the drug at the same time.

There is also no benefit to taking higher doses. In fact, the FDA released a statement saying that there are no studies showing that acetaminophen in doses greater than 325 mg provide a benefit that outweighs the risk of liver damage.

Some patients harmed by Tylenol have taken their cases to the courts, filing Tylenol liver failure lawsuits against Johnson & Johnson (J&J) for failing to properly warn the public of the risks.

According to complaints consolidated in the U.S. District Court in the Eastern District of Pennsylvania, J&J over-promoted the safety and efficacy of Tylenol products, and did not properly label the drugs or adequately test them before making them available to the public.

One of J&J’s lawyers told The Star-Ledger the FDA “repeatedly found Tylenol products to be safe and effective” and the drug manufacturer “placed warnings on the package labels.”

The first case was heard before a jury in 2015. During the trial, lawyers for J&J attempted to have the trial judge issue a verdict in their favor before giving their defense. Judge Nelson Johnson denied the motion, according to ProPublica.

“This product is marketed very heavily,” Johnson said. “It’s marketed as the number one pain reliever, number one recommended, and I don’t doubt that it’s safe if it’s used properly. But there also seems to be a fair amount of evidence that it’s predictable that some people won’t use it safely. And again, I don’t think we exist to protect people from themselves, but I do think when it’s foreseeable, I need to know that the manufacturer’s done everything they can to deal with that situation. And I’m not satisfied that they did.”

The jury ruled in favor of J&J, stating the plaintiff failed to prove her case. However, the ruling left the door open for future claims regarding the safety of the recommended dosage, according to Bloomberg.

The FDA has not issued further safety guidelines for OTC drugs containing acetaminophen.

Example of alternative language: This product contains acetaminophen. Severe liver damage may occur if you take more than 4,000 mg of acetaminophen in 24 hours with other drugs containing acetaminophen, or 3 or more alcoholic drinks every day while using this product.