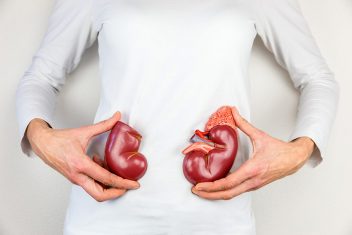 Researchers have discovered a link between the diabetes drug Actos and an increased risk of chronic kidney disease.

Doctors at Taiwan’s Kaohsiung Medical University found that diabetes patients who took Actos (pioglitazone) to help maintain blood glucose levels were almost four times more likely to develop chronic kidney disease than those who did not take the drug.

A 2014 report at the Centers for Disease Control (CDC) shows that more than 10 percent of adults in America — more than 20 million people — currently may have CKD.

Results of the study were published in January in PLOS One, a scientific journal by the Public Library of Science.

The study followed nearly 35,000 diabetes patients between 2005 and 2009. About 10 percent of the participants used Actos as part of their treatment for type 2 diabetes. Those who took Actos were mostly 60 years and older, female and had had type 2 diabetes for more than three years.

The two major causes of chronic kidney disease are diabetes and high blood pressure, though other disorders can be involved. CKD typically occurs slowly, over a long period of time. However, if it’s not detected or goes untreated, it may lead to kidney failure and require dialysis or a kidney transplant.

Actos and Risk of Bladder Cancer

In 2011, the U.S. Food and Drug Administration ordered Takeda Pharmaceuticals to include a warning on the packaging of Actos to reflect the risk of bladder cancer. Germany and France ordered the drug pulled off the market in their countries.

Actos was designed to help the body properly use insulin, the hormone that helps deliver glucose to cells and regulates blood sugar levels. It was the top-selling diabetes medication in the world for several years. There are more than 25 million people with diabetes in the U.S., and that population increases by about 2 million people annually.

Sales of Actos in the U.S. topped out at $4.5 billion in 2011, but that number dropped to $1.52 billion in 2012, the year after news broke of its link to bladder cancer and when Takeda’s patent for the product expired.