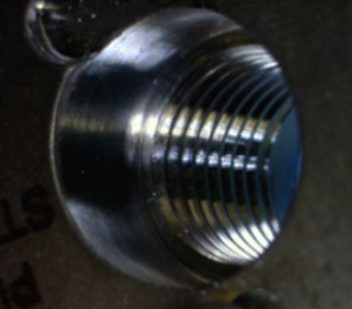 Zimmer Manufacturing initiated another sweeping recall on one of its artificial knee implants, the NexGen MIS Tibial Component, this time because one of the pieces could loosen or fail because of shoddy manufacturing.

Zimmer said the threads on the NexGen Complete Knee Solution Tibial Component might be “out of specification” in more than 40,000 devices. In its letter to medical professionals, Zimmer said some of the tibial baseplates were made with defective threads in a hole where surgeons screw in a drop-down stem extension or stem plug. If not threaded correctly, the device could loosen and fail.

Zimmer said the problematic device could lead to one or more post-surgery complications:

Zimmer initiated the recall after it received 12 complaints in a 2 ½-year period. The faulty devices were distributed during a four year period between February, 2010 and May 2014. The recall started May 19.

The recall is considered a class 2 recall, indicating the damaged device might cause temporary or serious medical complications. Zimmer sent out the urgent medical device recall letter to medical professionals on June 10. Devices were manufactured at the company’s plant in Ponce, Puerto Rico.

Experiencing serious complications from your knee replacement device? Get a Free Case Review

This isn’t the first time the MIS Tibial Component has come under fire. In April 2010, Zimmer found that loosening could occur if the tibial component is not fully cemented or the drop-down stem extension isn’t used.

Within months of the company’s urgent device correction letter, the U.S. Food and Drug Administration (FDA) received 114 complaints of early loosening and found that the company provided improper instructions and warnings about the device to surgeons. The FDA issued a class 2 recall, affecting 68,383 devices that had already been implanted.

Shortly after the FDA issued its recall, injured patients started filing lawsuits. A multidistrict litigation (MDL) was opened in the U.S. District Court of Illinois under the oversight of Judge Rebecca Pallmeyer.

Today, there are more than 1,000 lawsuits. The initial trial date is set for February 2015.

Complications after undergoing a knee replacement?