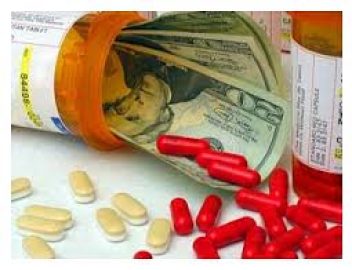 A federal Open Payments database designed to reveal any financial ties between physicians and drug and device makers, is scheduled to launch next month, putting Big Pharma, device manufacturers and some physicians in the hot seat.

The database, a provision of the Physician Payment Sunshine Act and the 2010 Affordable Care Act, requires pharmaceutical companies, biological drug companies and device and medical supply manufacturers to disclose payments and gifts over $10 given to physicians and teaching hospitals. The searchable database will be available to the public. It is slated to launch in late September.

Some Big Pharma companies already provide this information, but often it is tucked into voluminous financial disclosures to the Securities and Exchange Commission and to investors. The information can be beneficial in uncovering conflicts of interest, such as when a doctor is receiving money from a device maker on one hand and yet on the other forms an influential opinion on one of the company’s devices.

The potential significance of the new regulations was underscored in July. Two days before a U.S. Food and Drug Administration advisory panel was set to review the safety of power morcellation devices, panel member Dr. Andrew Brill stepped down when it was disclosed he was receiving consultation fees from Johnson & Johnson’s Ethicon division. Brill removed himself from the panel but only after a reporter from The Wall Street Journalasked the FDA about Brill’s financial ties to Ethicon. The reporter had compared names of panel members with a list of paid consultants on J&J’s website, the paper reported.

Brill, a San Francisco gynecologist, received more than $100,000 in consulting fees from Ethicon, which leads the market in morcellation sales. The Journal found that at least two other doctors on the panel had financial ties to J&J. Neither of the other two physicians recused themselves from the panel.

Charles Ornstein, a senior reporter with ProPublica, said some physicians and drug and device companies have concerns that the public might not understand the financial relationships between drug companies and doctors. A group of medical societies and pharmaceutical-industry trade groups asked the Centers for Medicare and Medicaid Services (CMS), which will run the database, to delay its launch. The group wants CMS to provide context explaining the data to the public, otherwise it can lead to “confusion and misinterpretation.”

“The context that they’re looking for,” Ornstein said during a ProPublica podcast, “is statements from the government that relationships between drug companies and doctors are beneficial to the public.”

The database is expected to be up by September 30 even as the government irons out wrinkles in the system. Much like the initial rollout of Obamacare, the system launch was delayed several times because of technical glitches. CGI Federal, the same software development company that built the bug-laden Healthcare.gov website, is in charge of the Open Payments site.

CMS started collecting 2013 data from companies in mid-2014. By July, doctors and teaching hospitals were allowed to register to get a preview. Some doctors reported problems with the system including long wait times during the login process, ambiguous error messages that make the system confusing and questions about data accuracy. When some doctors found their names tied to payments that weren’t theirs, the CMS shut down the system for 11 days to make changes.

The CMS also said it is withholding about one-third of the collected data from the site during the September launch because of inconsistencies in the information. Dozens of doctors and medical groups have asked the CSM to delay the launch until March 2015 to give doctors more time to review and contest the data.