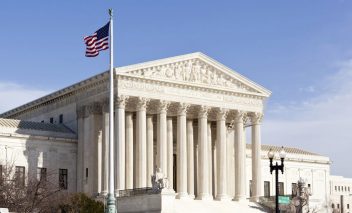 Pharmaceutical giant Johnson & Johnson will pay $33 million to at least 40 states and the District of Columbia to settle consumer-fraud allegations involving at least 10 popular over-the-counter drugs, including children’s medications.

State attorneys general announced the multimillion-dollar settlement with Johnson & Johnson and Johnson & Johnson Consumer Inc. on Wednesday after launching a multistate investigation. The states accuse Johnson & Johnson of promoting over-the-counter (OTC) drugs as compliant with federal manufacturing procedures when, in fact, they were not.

“When a consumer purchases over-the-counter drugs, they should be able to trust that the medication is produced in a safe facility,” Florida Attorney General Pam Bondi said in a statement. “Thanks to collaborative multistate efforts, this settlement will help us better protect consumers buying OTC drugs across the country.”

According to the multistate investigation, Johnson & Johnson and Johnson & Johnson Consumer Inc. acted through then subsidiary McNeil-PPC Inc. to mislead consumers into believing they were buying over-the-counter drugs that were manufactured in a facility that was compliant with U.S. Food and Drug Administration (FDA) standards. However, the FDA found that, between 2009 and 2011, some McNeil manufacturing facilities did not comply with mandated practices.

“This meant some of the OTC drugs were not manufactured, processed, packed or held in conformance with the [federal] mandates,” Illinois Attorney General Lisa Madigan said in a statement. “In addition, between May 2009 and April 2010, there were reports of foreign material, particulate matter or contamination in some of the OTC drugs.”

The settlement is pending judicial approval.