‘Nightmare Bacteria’ Shows Up in Over Half of U.S. 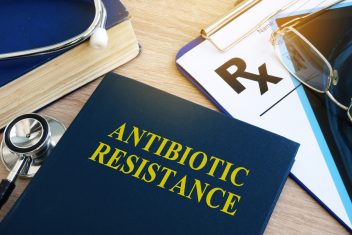 The Centers for Disease Control and Prevention recently amplified earlier warnings about new strains of such antibiotic-resistant bugs.

The CDC announced on April 3 that tests in health departments in all states and Puerto Rico uncovered 221 instances of unusual resistance in “nightmare bacteria,” potentially deadly organisms that are virtually invulnerable to most known treatments.

The CDC released its findings to encourage more doctors and health care facilities to turn over samples to state labs for testing.

Antibiotic-resistant bacteria are responsible for illnesses in 2 million Americans annually. Of those, 23,000 die, the CDC says.

Nightmare bacteria are considered worse than superbugs, which have been a problem for hospitals and patients for years.

Superbugs have been linked to hard-to-clean medical devices called duodenoscopes, which are used in endoscopic procedures.

The FDA recently put duodenoscope manufacturers on notice for failing to file reports about how new cleaning procedures are working.

The devices spread infection outbreaks at several hospitals. A design flaw made the scopes difficult to sterilize between uses.

The new CDC report also found that patients most often affected by nightmare bacteria were those who came into contact with ventilators, IVs and other hard-to-clean medical devices. These tubular-shaped devices are more likely to harbor debris.

Patients who traveled overseas for health care also seemed to be at greater risk for nightmare bacteria.

These dangerous bacteria are most commonly found in hospitals and nursing homes.

Sicker patients and those with pre-existing health conditions like cystic fibrosis, are more likely to fall victim to its effects.

Strains of these bacteria, including Klebsiella and Escherichia coli, are naturally occurring in a person’s intestines. But outside of their home in the bowels, they can cause severe, sometimes deadly, infections.

People who come into contact with infected patients can also become carriers of the nightmare bacteria.

The CDC launched efforts to quickly react to antibiotic-resistant bacteria in 2017.

The department’s goal was to slow potential spread of emerging threats. It aimed to do this with increased detection and aggressive early response.

Its strategy also included on-site infection control assessments. These assessments are intended to identify and fill in any gaps in infection prevention in health care facilities.

The CDC’s efforts within the first nine months have been successful, according to Schuchat. But its findings were more widespread than previously thought.

In a network of labs set up by the CDC nationwide, nearly 5,800 samples of highly resistant germs were tested for unusual resistance. About one in four of the bacteria had a gene that could help its resistance spread.

Another 221 instances had an especially rare resistance gene.

If left undetected, about one in 10 instances of these bugs could have continued spreading.

But Schuchat remains confident that there is still time to get ahead of the nightmare bacteria.

“The bottom line is that resistance genes with the capacity to turn regular germs into nightmare bacteria have been introduced into many states,” Schuchat concluded. “But with an aggressive response, we have been able to stomp them out promptly and stop their spread between people, between facilities and between other germs.”

Getting vaccinated, taking proper care of chronic health conditions, frequent hand-washing, and general wound-cleaning are some other ways patients can help in preventing the spread of nightmare bacteria.