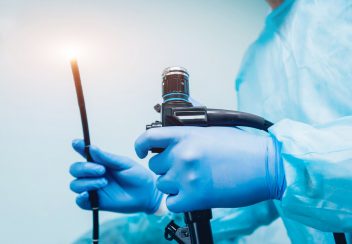 Three major developments in an eight-year saga of “superbug” outbreaks tied to a widely-used medical device converged on the same day. A manufacturer and a former executive entered guilty pleas, the FDA released a disappointing report on the device’s continued safety, and the manufacturer settled at least two lawsuits over patient deaths.

Duodenoscope maker Olympus Medical Systems and a former top executive each pleaded guilty Dec. 10, 2018, to federal charges of failing to file adverse event reports about serious infections linked to the company’s scopes. Olympus agreed to pay $85 million dollars in a plea deal. Hisao Yabe, former manager of the company’s quality and environment division, faces up to a year in prison and a $100,000 fine at his sentencing in March 2019.

Meanwhile, the company announced it had agreed to pay an undisclosed amount to settle at least two lawsuits that had stemmed from patient deaths due to infections from the devices. At the same time, the FDA announced studies show cleaning procedures are failing to completely eliminate contamination problems with the scopes.

Doctors use duodenoscopes in about a half-million procedures every year in the United States. The devices are long, thin, specialized tubes that can be inserted through patients’ mouths, throats and stomachs and into the upper part of the small intestine known as the duodenum. Their tips are fitted with a video camera and specialized surgical tools. The design makes them difficult to clean and sterilize between procedures.

At least three government investigations found the devices had spread hard-to-treat infections between 2010 and 2015. A U.S. House Committee found that more than 400 patients may have been infected during that time. The Centers for Disease Control and Prevention reported 35 people died from the infections at more than 40 hospitals.

Tokyo-based Olympus admitted it had failed to file adverse event reports with the U.S. Food and Drug Administration as required by law. The company failed to report three separate outbreaks in Europe linked to its scopes. About 30 people had suffered “superbug” infections during the outbreaks in 2012 and 2013.

Yabe also admitted that he had failed to file legally required information with the FDA. He was Olympus’ chief regulatory officer during the outbreaks. His responsibilities included making sure the company filed adverse event reports in the United States.

“When a device manufacturer becomes aware of risks that could lead to illness, injury, or death, there is a statutory obligation to report that information to the FDA in a timely manner,” Assistant U.S. Attorney General Jody Hunt said in a statement. “By failing to do so, Olympus and Mr. Yabe put patients’ health at risk.”

Olympus President Hiroyuki Sasa said in a statement that the company “deeply regrets its failure” and “accepts its responsibility.”

The company agreed to pay an $80 million fine and give up another $5 million as a criminal forfeiture. The U.S. Department of Justice estimates Olympus saw $40 million in revenue and $33 million in gross profits in the United States during the time it failed to submit the reports. A Senate committee estimated Olympus products had accounted for 80 percent of the duodenoscopes used in the United States.

In addition to the fine and forfeiture, the Justice Department said Olympus had agreed to “enact extensive compliance reforms.” These include hiring an independent expert to make sure the company is submitting accurate and timely adverse event reports involving its devices.

The guilty pleas came the same day the FDA announced “higher than expected contamination rates” for duodenoscopes despite new guidelines for cleaning them.

The agency had released the new guidance in 2015 and had ordered Olympus and other scope makers to conduct ongoing studies into the effectiveness of cleaning techniques. This included testing scopes for lingering contamination after they’d been cleaned and sterilized according to manufacturer instructions.

Dr. Jeff Shuren, director of the FDA’s Center for Devices and Radiological Health, emphasized that the risk of acquiring an infection from a contaminated scope “remains relatively low.” But he added current cleaning steps are not good enough.

“It has become clear that following the manufacturer’s reprocessing and maintenance instructions, while critical, is not sufficient to avoid all infections associated with the use of duodenoscopes,” Shuren said in a statement.

The FDA safety communication stressed cleaning procedures hospitals and other scope users should follow to reduce the risk of contamination. These included cleaning parts of the scopes by hand and repeating high-level disinfection steps.

Olympus has agreed to settle two civil duodenoscope lawsuits filed by widows of men who died from infections following duodenoscope procedures. The husbands of Deborah Shawver and Theresa Bigler were among 18 people who died following procedures at Seattle’s Virginia Mason Medical Center.

Bigler’s lawsuit against Olympus went to trial in 2017. A jury ordered Olympus to pay the hospital $6.6 million, and $1 million of that would go to Bigler. She won a new trial in 2018 when a judge determined the company failed to turn over emails relating to the lawsuits. The emails suggest the company knew about infection risks as early as 2008.

Shawver’s lawsuit was scheduled for trial in October 2019. Olympus has faced more than 25 duodenoscope lawsuits across the United States.