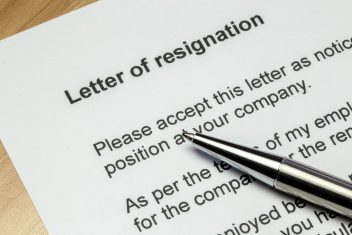 U.S. Food and Drug Administration Commissioner Dr. Scott Gottlieb has announced he will resign in early April. Gottlieb is a medical doctor who spent a decade as venture capitalist before helming the FDA.

As a partner with New Enterprise Associates, he served on corporate boards and made industry ties before heading up the agency that regulates many of the companies he’d steered investments toward. He also reported taking $400,000 from drug makers in the years before being appointed to the FDA.

But he won praise from consumer groups for many of his stands on drug prices and tightening regulations on teen vaping.

Gottlieb said the weekly commute from his home in Connecticut to his job in Washington and away from his family was wearing thin.

“There’s perhaps nothing that could pull me away from this role other than the challenge of being apart from my family for these past two years and missing my wife and three young children.” Gottlieb said in a letter posted to the FDA’s Twitter account.

A note from FDA Commissioner @SGottliebFDA to the @US_FDA team… pic.twitter.com/K6iBKhZS5P

He promised to finish details of the FDA’s 2020 budget and to work with Health and Human Services Secretary Alex Azar on transitioning his successor.

The administration did not immediately name a successor to Gottlieb. Reuters cited Deutsche Bank financial analysts as saying they expected his policies to continue for the most part. But tobacco interests and anti-regulation groups have increased pressure on the administration in recent months to roll back elements of Gottlieb’s agenda that affect them.

Gottlieb’s two-year tenure at the agency was marked with efforts to more tightly regulate some industries while approving record numbers of new generic and brand-name drugs and medical devices in 2018. He also supported widening approval of generic drugs as a way of bringing down overall drug prices.

But critics questioned his efforts on speeding new medical devices to market. They warned that the process was already too fast to guarantee patient safety. Patient advocates have cited problems with products ranging from transvaginal mesh to metal-on-metal hip replacements as examples.

“His tenure as commissioner was marked by regulatory decision making regarding medications and medical devices that tilted further in favor of industry’s financial interests rather than the interests of public health,” Dr. Michael Carome, Public Citizen’s Health Research Group’s director said in a statement.

Gottlieb also pushed for a fast-track approval process for digital health software. The Pre-Cert Pilot program lets tech giants, such as Apple and Fitbit, get low-risk medical devices to market sooner. But that push came even as software problems ruled the roost of reasons behind medical device recalls. Stericycle Solutions reported that software issues were behind 28 percent of device recalls in the fourth quarter of 2018, making it the leading reason for recalls for 11 consecutive quarters.

“His tenure as commissioner was marked by regulatory decision making regarding medications and medical devices that tilted further in favor of industry's financial interests rather than the interests of public health,”

Gottlieb also drew criticism over his agency’s approval of Dsuvia (sufentanil), a new opioid painkiller that is 500 times stronger than heroin.

“This new opioid will soon be hitting the market in the middle of the worst drug crisis this country has ever seen,” U.S. Democratic Senator Edward Markey told the Boston Herald after Dsuvia’s approval in 2018.

Gottlieb called teen vaping an “epidemic” in 2018 and pushed for stronger e-cigarette regulations. Under his leadership, the FDA cracked down on e-cigarette liquids that mimicked breakfast cereals, snacks and other food products typically targeted toward children and teens. Gottlieb also proposed restrictions on e-cigarette products sold at convenience stores.

He pushed a plan in 2017 that required tobacco companies to reduce the amount of addictive nicotine in cigarettes. The idea was meant to help smokers quit more easily.

A month before he announced his resignation, Gottlieb sought FDA enforcement actions against Walgreens and Circle K convenience stores that sold tobacco products to minors. And just 24 hours before resigning, he confronted 15 large retailers, including Walmart, over tobacco sales to underage buyers.

But many of his actions put him at odds with powerful tobacco companies and their supporters in Congress and the administration. The regulations Gottlieb championed have not taken effect, and with his resignation, their fate is unknown.