Roundup Lawsuit Settlement Talks: Everything You Need to Know 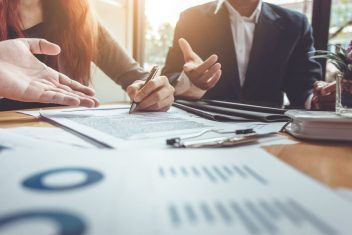 Reports surfaced early Friday that Bayer AG had proposed paying as much as $8 billion to settle more than 18,000 Roundup lawsuits in the United States. But attorney Ken Feinberg, mediator for the court-mandated settlement talks, told Reuters in an email that “such a statement is pure fiction.”

“Bayer has not proposed paying $8 billion to settle all the U.S. Roundup cancer claims,” said Feinberg, who was appointed as mediator back in May 2019 and instructed to meet with lawyers for Bayer and plaintiffs. “Compensation has not even been discussed in the global mediation discussions.”

On Aug. 9, 2019, The New York Times reported that the number of U.S. lawsuits blaming glyphosate-based herbicides for causing cancer had risen by 5,000, bringing the total to 18,400 claims. More than 1,300 lawsuits over Roundup’s alleged cancer risks have been consolidated in a federal court in San Francisco, according to the U.S. Judicial Panel on Multidistrict Litigation’s July 2019 report.

So far, three juries have found that Monsanto should have warned of the alleged cancer risks from Roundup, and they ordered Bayer to pay a combined $2.37 billion. The jury awards have since been reduced but still total nearly $190 million.

Meanwhile, a trial scheduled to begin Aug. 19, 2019, in St. Louis has been delayed until January 2020. Lawyers for both sides asked a St. Louis judge to postpone a second trial as well. Experts say this indicates settlement talks are moving ahead.

Lawyers for Bayer and for former Roundup users have been involved in ongoing talks in New York. Citing people familiar with the negotiations, Bloomberg reported that Bayer suggested paying $6 billion to $8 billion to resolve existing and future claims. But to drop their claims, plaintiffs’ lawyers reportedly want more than $10 billion.

The news organization later updated its report with a quote from Feinberg: “There have been absolutely no discussions to date of dollars or what compensation would be for a global resolution.”

It could take months for lawyers to reach an agreement about how to compensate people who used Roundup and have yet to be diagnosed with cancer.

Lawyers continue to accept new cases involving people who have developed non-Hodgkin lymphoma after being exposed to glyphosate, Roundup, or both. People who have lost a family member because of exposure to these herbicides may also be eligible for compensation.