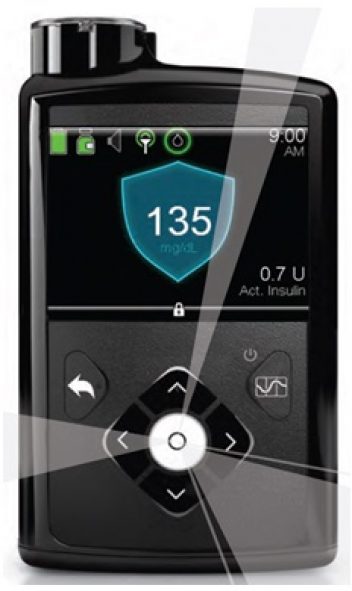 Medtronic recalled more than 322,000 MiniMed insulin pumps after reports of thousands of injuries and at least one death. Lawsuits against the company claim that broken or missing retainer rings interfered with proper insulin dosing, causing diabetic comas and other injuries.

The U.S. Food and Drug Administration classified the action as a Class I recall, the most serious kind of recall for medical devices, meaning that use of the devices could result in serious injuries or death.

A retainer ring meant to lock an insulin cartridge into place could be broken or missing on the recalled devices. The defect could prevent people from properly locking the cartridge into place, which in turn could cause people to get too much or too little insulin.

Medtronic received 26,421 complaints of the devices malfunctioning, according to the FDA. The company said it is aware of 2,175 injuries and one death.

Steps to take if your MiniMed insulin pump is part of the recall:

If the reservoir locks into place properly, you should continue using the pump according to Medtronic. The company also recommends that people check the ring for damage if the pump is dropped or damaged accidentally.

People should also check the retainer ring each time they use the pump to make sure it is still working properly.

Mara Schwartz of Greenwood, South Carolina, claims that a malfunction with her Model 630G insulin pump left her in a diabetic coma.

Her complaint said she refilled her pump before going to bed in February 2017. The device malfunctioned and delivered the full amount into her body all at once, causing her blood sugar level to drop. She ate honey to raise it, but lost consciousness for most of the night.

When she came to at 5:30 the next morning, she was disoriented, confused and experiencing impaired vision, according to her complaint. Pain, bruising, cuts and other injuries led her to believe she had suffered hypoglycemic seizures while she was unconscious.

Medtronic recalled another component in 2017 that could cause its insulin pumps to deliver too much insulin. The recall applied to specific lots of Medtronic MiniMed Quick-Set Paradigm Infusion Sets.

Michael Stellato of Orlando, Florida, filed a lawsuit against Medtronic in 2019 claiming that one of the recalled infusion sets caused his wife’s death.

The complaint says Wendy Stellato tried to drive home from work after the kit malfunctioned. She became confused and disoriented while driving, took the wrong exit, and got her car stuck at the end of a dirt road. She was too confused to explain to Michael where she was as he spoke to her on her cell phone, trying to locate her.

Wendy abandoned her car and started walking. Police officers found her body early the next morning, lying in the middle of a gravel road. “Her body position was consistent with a person losing consciousness and falling backwards,” the complaint stated.

Medtronic pulled nearly a dozen models of MiniMed insulin pumps off the market in June 2019 due to the risk of a medical device cyber-attack. The vulnerability could allow a third party to take control of a pump and control how it delivered insulin.

Medtronic said at the time that it was unaware of any confirmed reports of hacking. But the company identified 4,000 patients who may have been using the affected devices and was working with distributors to track down any others.

The pumps had wireless internet capabilities that allowed them to connect with a system that could monitor their glucose levels throughout the day. They also connected with a remote and USB device that let patients download and share information from the pump with their health care provider.

The FDA said at the time that there was no evidence any of the devices could be hacked but considered the possibility a significant risk.