Why Lawyers Are Talking About the Paragard IUD 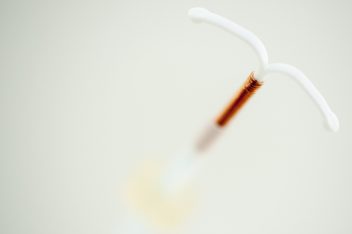 The Paragard IUD has been around since the 1980s, but the copper birth control device has been back in the news this year because of lawsuits that claim the device can break and imbed in other organs.

Nebraska woman Stephanie Ideus was one of the people who filed a suit against Teva Pharmaceuticals, one of the manufacturers of the device, in 2016. During her Paragard IUD removal, the device broke and imbedded in her uterus, and she required surgery to have it removed, according to her complaint.

Paragard isn’t the first IUD to make headlines for lawsuits. Thousands of women filed lawsuits against Bayer claiming the Mirena IUD migrated from the uterus and perforated organs. These women required surgery to treat complications. The drug company ended up paying $12.2 million to settle 4,600 claims.

Paragard is one of five different intrauterine devices available in the United States and is the only non-hormonal option. Mirena, Kyleena, Liletta and Skyla are IUDs that work by using the hormone levonorgestrel.

“Some people prefer the copper IUD as it is non-hormonal, yet very effective at preventing pregnancy and can even be used as a form of emergency contraception if inserted within five days of having unprotected sex,” Courtney Benedict, associate director of Medical Standards Implementation at Planned Parenthood Federation of America, told Drugwatch. “Paragard is considered the most effective form of emergency contraception because it reduces the risk of pregnancy by 99 percent up to five days after having unprotected sex, and can remain inserted for up to 12 years.”

Most common side effects of the IUD are mild, and it’s the only IUD that has been approved by the U.S. Food and Drug Administration for over 30 years.

It’s also relatively easy to insert, and it takes only a few minutes in a health care provider’s office. The health care provider uses a thin plastic tube to insert the IUD into the uterus, leaving two threads for removal inside the vagina. Since there’s no surgery involved, patients can go home right after.

Ideus and other women who filed lawsuits against Teva claimed the side effect they weren’t properly warned about was device breakage. They also say the company misrepresented the device as safe and effective even if the device was actually defective.

The current prescribing information provided by Cooper Surgical lists “device breakage” under the postmarketing adverse events section but doesn’t say how often it occurs. It does warn that “breakage of an embedded Paragard during non-surgical removal has been reported.”

Under the instructions for healthcare providers on how to remove the Paragard, it reads: “The threads can retract into the uterus or break, or Paragard can break, perforate the uterus, or be expelled.”

In addition, it cautions healthcare providers that, “Breakage or embedment of Paragard in the myometrium can make removal difficult. Analgesia, paracervical anesthesia, cervical dilation, alligator forceps or other grasping instrument, or hysteroscopy may assist in removing an embedded Paragard.”

There have been a few reports of device breakage in studies. Carlos M. Fernandez and colleagues did one such review in 2015. They concluded, “Though the safe and effective use of IUD contraception has been demonstrated in the United States, the possibility of its breakage should be recognized by clinicians.”

In February 2019, the court granted Teva’s Motion for Summary Judgment in Ideus’ case. In a summary judgment, one party argues that there are no important facts to dispute and this dismisses the case. The judge agreed with Teva. Ideus filed an appeal immediately following the ruling.

This ruling hasn’t stopped attorneys from taking cases from women who say Paragard injured them.

Most studies done on IUDs including Paragard have shown the devices to be safe and effective, but they aren’t completely without side effects.

“Because the copper IUD is hormone-free, there aren’t many side-effects except that some people may experience longer or heavier periods, particularly in the first few months of getting it inserted,” Benedict said.

Another benefit is that because Paragard doesn’t contain hormones, it doesn’t contribute to weight gain or mood swings — two side effects that can occur with hormonal birth control.

Women may have some dizziness, nausea or cramping and pinching for a few minutes after the device is inserted.

Some of the more serious, rarer side effects listed include ectopic pregnancy, sepsis, pelvic inflammatory disease, embedment, perforation of the uterine wall or cervix during insertion, expulsion of the device and menstrual cycle pattern changes.

Evidence from available medical literature does not suggest the IUD can cause copper toxicity. Few studies address this issue in connection with Paragard. The study most often referenced is a 1980 study by Dr. Krishnamurthy Prema and colleagues that found no evidence of increased levels of copper in the bodies of women who wore copper IUDs for 24 months.

Some women have voiced concerns that they believe they suffered symptoms of copper toxicity after insertion of the device, but the position of the medical community remains that levels of copper from the IUD are not high enough to cause toxicity.

However, because Paragard is made of copper, it could worsen a rare disease that affects copper excretion called Wilson’s disease.

“IUDs, including Paragard — or the copper IUD — are among the most effective, convenient, and long-lasting methods of birth control,” Benedict says.

But she adds that, “IUDs may not be for everyone, so it is important to talk to your provider about what would work best for your health needs and lifestyle.”