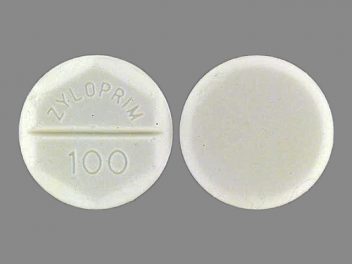 The number of people taking the gout medication allopurinol has been rising as gout becomes more prevalent. Prescriptions also got a boost after the U.S. Food and Drug Administration limited the use of Uloric (febuxostat) in 2019, effectively leaving allopurinol as the primary first-line medication option for gout patients.

But at the same time, research suggests that health professionals may see a rise in rare but serious allopurinol-related side effects because of these prescribing trends.

Gout afflicts an estimated 8.3 million Americans. It’s a type of arthritis that strikes with sudden and severely painful bolts of pain to the joints – particularly at the base of the big toe. Gout is caused by excess uric acid, forming urate crystals in the joints. Medications like Uloric and the older allopurinol control and manage uric acid levels.

In February 2019, the FDA announced that a clinical trial had found an increased risk of heart-related death and death from all causes among patients in the trial taking Uloric.

The FDA ordered black box warnings, the agency’s most serious type, added to Uloric’s labels. The FDA also ordered that Uloric no longer be used as a first-line treatment. Instead it should only be prescribed to certain patients who could not take allopurinol or who experienced severe side effects from allopurinol.

At the time, Uloric was the best-selling gout medicine in the United States, earning $366 million in the last nine months of 2018.

Allopurinol is marketed as Zyloric and Zyloprim, as well as in its generic form. Its creation dates back to research in the 1940s and it was first approved for use in the United States in 1966. Several different companies now manufacture it.

It’s taken by mouth once or twice a day after meals. Patients usually start with a low dose and their doctors adjust the dose upwards if needed.

Allopurinol works by inhibiting an enzyme that converts chemicals in the body into uric acid. This reduces the amount of uric acid in the body.

It may take months of taking allopurinol before people with gout notice improvements. Allopurinol may also increase the number of gout flares until it fully takes effect.

Other conditions allopurinol may be prescribed to treat include:

Allopurinol Side Effects to Be Aware Of

The most common allopurinol side effects are upset stomach, diarrhea and drowsiness, according to the National Institutes of Health.

But research has identified other rare but more serious side effects may be linked to allopurinol use. The most serious is Stevens-Johnson Syndrome and Toxic Epidermal Necrolysis (SJS/TEN).

In adults, SJS/TEN is generally caused by a reaction to medication. Allopurinol is among the drugs most likely to cause SJS/TEN in the United States.

SJS/TEN was once thought to be two separate conditions, but it’s now considered a continuum of the same reaction, according to the National Institutes of Health. Starting with flu-like symptoms, SJS/TEN progresses in a few days to blistering and peeling of the skin, resembling a hot water burn.

SJS/TEN and other symptoms that require immediate medical attention while taking allopurinol:

Have you experienced a heart attack after using Uloric? Get a Free Case Review

Brand name and generic drugs blamed for SJS/TEN in lawsuits include:

Takeda Pharmaceuticals has also faced Uloric lawsuits since that drug was hit with FDA heart risk warnings in 2019.

Peter Gust Karidis filed a lawsuit in October 2019 claiming he suffered a heart attack after taking Uloric for gout, according to Law360. His complaint said the FDA’s approval of the drug was dependent on Takeda completing heart safety trials by 2014. The results of the trials were not completed until 2019.

Karidis started taking Uloric in 2016, two years after the deadline but nearly three years before a warning about heart risks was added to the drug label.

Did you suffer from cardiovascular problems after taking Uloric?

Learn Your Legal Options
Call to speak with a legal expert
Who Am I Calling?