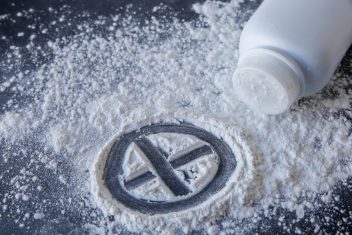 Johnson & Johnson announced Tuesday that it will permanently discontinue its talc-based Johnson’s Baby Powder in the U.S. and Canada. The company cited declining demand for the product as the reason for its decision.

A household name, Johnson’s Baby Powder now accounts for only half a percent of the company’s total consumer health sales in the U.S., according to Tuesday’s announcement.  Johnson & Johnson attributed the diminished popularity to changes in consumer habits and litigation advertising.

Johnson’s Baby Powder is at the center of the second-largest active federal litigation in the U.S. More than 17,000 talcum powder lawsuits are pending in a New Jersey federal court with thousands more in state courts across the country.

Lawsuits claim Johnson & Johnson knew its talc was contaminated by asbestos and could cause mesothelioma and ovarian cancer but failed to warn consumers about the risks. The company said it will continue to “vigorously defend” its talc-based powder in the courtroom.

“The better news is this move will greatly limit the number of future claimants because the product won’t be injuring people moving forward.”

Trial attorney Trent Miracle told Drugwatch that Tuesday’s move could be used against the company at trial.

Typically, moves seen as subsequent remedial measures — or actions a company takes to make a product safer while continuing to litigate — can’t be used against a defendant at trial. However, Johnson & Johnson has publicly taken the position that ending sales of its talc-based baby powder was a pure business move necessitated by flagging sales.

“That is not a ‘subsequent remedial measure,’ and I would pummel them with it at trial as a cynical move to avoid future liability without admitting they were intentionally hurting people by continuing to sell talc-based products,” said Miracle, who leads the Pharmaceutical Litigation Group at the top-ranking national law firm Simmons Hanly Conroy.

Miracle said news of the halted sales could lead to more lawsuits against the company. He said the additional coverage could make women who are possible claimants more likely to call a lawyer than before.

“The better news is this move will greatly limit the number of future claimants because the product won’t be injuring people moving forward,” Miracle said. “Unfortunately, due to the latency between usage and injury, we won’t know how much so for the better part of a decade or more.”

Oftentimes, removing a product from market makes it easier to reach a settlement, Miracle said. Without the product on the market, the manufacturer has much less motivation to defend the product by fighting to the end in litigation.

“I think J&J is in a very hard spot and should and will likely be looking for a way out,” Miracle said.

Diagnosed with cancer after talcum powder use? Get a Free Case Review
Share This Page:
Tell Us What You Think