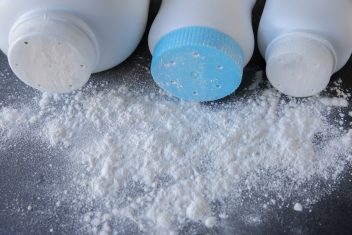 After a seven-month lull due to COVID-19, talcum powder litigation is back in the news and in a big way.

According to a Bloomberg report, Johnson & Johnson used the trial hiatus to hold settlement talks. And after four years of litigation, the company for the first time has agreed to a set of major talcum powder settlements.

Johnson & Johnson will reportedly pay $100 million to settle more than 1,000 lawsuits that allege its talc-based baby powder causes cancer. The settlements include more than 75 mesothelioma cases brought by Simmons Hanly Conroy, according to Bloomberg.

The company has been clear that this settlement isn’t an admission of liability, and doesn’t change Johnson & Johnson’s position on the safety of its products.

“In certain circumstances, we do choose to settle lawsuits … Our talc is safe, does not contain asbestos and does not cause cancer,” company spokeswoman Kim Montagnino told Bloomberg in an emailed statement.

The move is “strategic rather than a sign of desperation,” University of Richmond law professor Carl Tobias told Bloomberg. He added that Johnson & Johnson is “generally loath to settle lawsuits.”

In July 2020, Bloomberg Intelligence estimated that settling all unresolved cases could cost $10 billion.

Diagnosed with ovarian cancer or mesothelioma after talcum powder use? Get a Free Case Review

The move to settle comes after juries have ordered the company to pay billions in verdicts in talcum powder lawsuits. Johnson & Johnson has appealed some of the verdicts.

The largest verdict to date came in 2018 when a jury told Johnson & Johnson to pay $4.7 billion to a group of women who claimed the company’s talcum powder caused their ovarian cancer. The company was not able to completely overturn the verdict in appeal, but the judge reduced it to $2.1 billion.

Although the COVID-19 pandemic put a stop to trial proceedings, trials are expected start up again. A jury in California is expected to hear opening arguments by videoconferencing in the case of Rosalino Reyes III, a factory worker who says 50 years of talcum powder use led to his mesothelioma diagnosis.

Johnson & Johnson has put aside money for its defense and potential settlements, according to a June 28, 2020, SEC filing.

“Notwithstanding the Company’s confidence in the safety of its talc products, in certain circumstances the Company has and may settle cases. The Company has established an accrual primarily for defense costs, and reserves for potential settlement of currently pending mesothelioma cases, in connection with product liability litigation associated with body powders containing talc,” Johnson & Johnson said in the filing.

The Food and Drug Administration announced in October 2019 that it had found a small amount of asbestos in a sample of Johnson’s Baby Powder. This prompted Johnson & Johnson to voluntarily recall 33,000 bottles of the product “out of an abundance of caution.”

In May 2020, Johnson & Johnson announced it would stop selling talcum powder in the U.S. and Canada.

The company was adamant that the decision to stop selling the product had nothing to do with safety concerns. The company blamed lack of demand in North America “due in large part to changes in consumer habits and fueled by misinformation around the safety of the product and a constant barrage of litigation advertising.”

Following the discontinuation in May, trial attorney and complex litigation specialist Trent B. Miracle told Drugwatch that the recall and discontinuation may greatly improve chances for settlement talks. 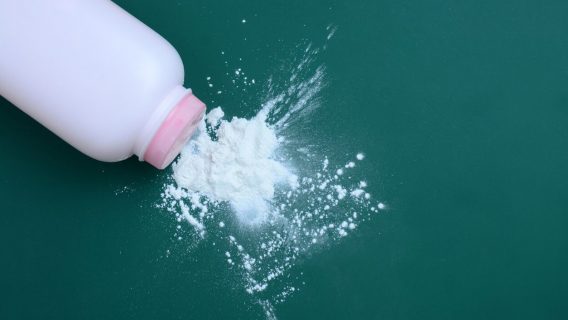 Michelle Llamas May 11, 2020
Share This Page:
Tell Us What You Think