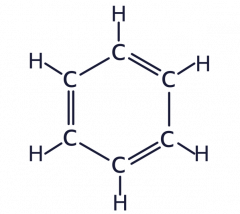 Diagnosed with leukemia after exposure to benzene?

Workers who were exposed to benzene and developed leukemia are filing lawsuits against large industrial companies. The lawsuits allege the companies knew or should have known the chemical can cause cancer but failed to warn about the risks. Benzene exposure lawsuits have resulted in multimillion-dollar verdicts and settlements.

We value your privacy. By submitting, you agree to our privacy policy and disclaimer. After submitting, you will be contacted by one of Drugwatch's trusted legal partners. This is legal advertising.
Last modified: August 7, 2020
Fact Checked
Medically Reviewed

Benzene is one of the 20 most commonly used chemicals in America. It is also a known cause of leukemia and other cancers.

Research into the carcinogen led the federal government to limit exposure in the workplace. The standards, adopted in 1987, are 50 times lower than old standards.

Some research suggests that exposure limits are still too high. It can take years, or even decades, after exposure before the cancer develops.

Attorneys are representing injured individuals in filing lawsuits against large corporations. They are also representing cities that are suing companies that pollute water systems and endanger the cities’ residents.

Benzene is contaminating the environment and harming people in numerous ways, including through oil production, wastewater from fracking and the use of benzene-containing products by different kinds of workers. Therefore, the claims in the lawsuits are varied.

“Despite knowing this contamination is spreading, the water board is letting the oil industry continue this dangerous dumping, It’s a slap in the face to the families, farms and businesses that depend on the Central Valley’s precious water resources.”

On the East Coast, New Jersey filed six lawsuits on Aug. 1, 2018 to recover damages for the harm caused by pollution to properties, groundwater and waterways across the state. Benzene was among the pollutants mentioned in the lawsuits, which sought to recover costs the state has paid to clean the sites up.

And in the middle of the country, an Illinois farmer and mechanic filed a lawsuit Aug. 13, 2018, against seven manufacturers of benzene-related products. Alan Bruce Cole accused the companies of making and distributing products dangerous to human health and failing to warn the public of the dangers. He said the products caused him to develop acute myeloid leukemia and other health problems.

The Center for Public Integrity has reported that companies hid benzene’s cancer risk. The center published a report in 2014 that said companies knew as early as 1948 that benzene could cause cancer.

The center’s report said companies spent $36 million for research saying benzene was safe. The report relied on thousands of pages of company documents.

Were you diagnosed with leukemia after being exposed to benzene? Get Your Free Case Review

There have been several multimillion-dollar verdicts and jury awards in the last 28 years.

A federal jury in 1990 awarded $34 million to the widow of a Wichita, Kansas man who died from leukemia.

Otis Mason died on Dec. 10, 1979 after he was exposed to benzene about 12 times in the 1970s while serving in the Coast Guard as an instructor. A federal appeals court later reduced the award against Texaco Inc. to $21 million.

The widow, Diana Mason, accepted the reduced amount offered by the 10th Circuit Court of Appeals in 1991.

In March 2018, residents in and near Roxana, Illinois were awarded a settlement of $4.83 million in their lawsuit charging Shell Oil and its affiliates with releasing benzene, contaminating the water and harming their property values. A federal judge ordered Shell and ConocoPhillips to settle the class action complaint brought on behalf of residents who had lived on 183 affected properties between 1986 and 2017. The lawsuit centered on a refinery that had 18 spills over 25 years, releasing more than 200,000 pounds of benzene.

In 2017, U.S. Steel agreed to an undisclosed settlement in Pennsylvania lawsuit. The settlement came after three weeks of trial, but before the jury returned a verdict. Former mechanic Michael Butts claimed benzene exposure caused his acute myelogenous leukemia.

In 2016, BP announced it would settle 25,000 benzene lawsuits in Texas. People filed lawsuits after a 40-day leak at a Texas City chemical plant. The leak released 500,000 pounds of toxic chemicals the air. The company did not say how much it paid.

What is your occupation?
Individuals who work in a refinery or occupation with exposure to benzene, oil products and other solvents may be eligible to file a benzene lawsuit. Oil rig workers, painters and people who work with pesticides are among the people most at risk of long-term benzene exposure.

Do you have a copy of your medical records?
Your attorney will want copies of all medical records related to your leukemia diagnosis, including the results of tests used to determine your cancer diagnosis, the date of your diagnosis and any treatments you’ve been given.

Does cancer run in your family?
People who have a history of cancer in their family may be more likely to develop certain types of cancers. Providing a copy of your medical records will give your attorney a closer look at your family’s medical history.

Can you provide a list of all of the employers you have had and the positions you held at these companies?
Providing your attorney with a list of your previous and current employers can provide him or her with more information that may help them establish a connection between your leukemia and your benzene exposure.