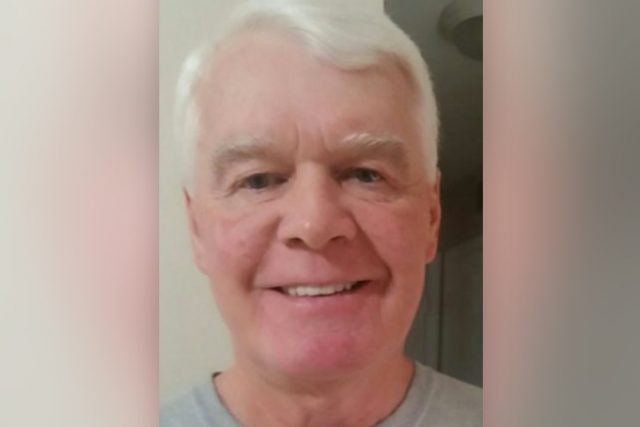 Bill Golding was proud of the fact that he was fit and healthy. At 58, he loved staying active.

“I was always someone who couldn’t sit still,” the California retiree said. “Before I retired, I was a meat carver for 35 years. I went skiing and played softball and always had an active lifestyle.”

Every year, he would get a clean bill of health from his doctors. He never had to take any medications. His heart and body were in great shape.

“They would just tell me to keep doing what I was doing,” he said. “I wasn’t perfect, but I ate pretty healthy and watched my weight. Though, I do like my chocolate chip cookies.”

That all changed after Golding started taking testosterone shots and he had his first and only heart attack.

After emergency surgery, he ended up with two stents in his heart and a collection of medications.

“I am short of breath now, and I can’t work out like I used to,” he said. “Now, I have a regimen of pills. My cardiologist said I will be on at least one of them for the rest of my life.”

Now, at 65, Golding misses the energy he used to have before the heart attack. He worries the drugs he is taking will have hidden side effects.

During one of his doctor’s visits, he told his doctor that he was feeling a bit run down. His doctor told him he might have low testosterone, or Low-T.

“He just said to me, ‘You might have low testosterone. We’re going to start you on testosterone injections,’” Golding said.

Two months later, the levels were normal, but the doctor advised Golding to keep taking the shots.

“I really couldn’t tell if I felt any better after I was taking them. I just kept hoping for some light to go on and for me to start feeling better,” he said. “I just kept waiting for that miracle, but nothing happened.”

The day Golding suffered his first and only heart attack was in February 2014.

“I will always remember it because it was the day before my 61st birthday,” he said. “I had gone to get my 19th testosterone shot in the morning and then headed to the gym.”

Golding did his usual walk on the treadmill followed by about 20 miles on the stationary bike in spin class.

After lunch, he started having what he thought was indigestion, followed by pain in his arm. Golding complained to his wife about his symptoms.

After more tests, Golding woke up in bed, and a nurse told him they had placed two stents in his heart.

Starting the ‘Regimen of Pills’

Golding spent four days in the hospital and started what he calls his “regimen of pills.”

He told his cardiologist what happened leading up to the heart attack.

“He said, ‘You did everything backwards,’” Golding said. “’You should have had your heart attack in your spin class when you were getting you heart going. But, you waited until you got home, showered and ate and you were all calmed down.’”

Golding’s cardiologist and family doctor both thought the heart attack’s timing was strange.

“My cardiologist was asking what I was taking. I told him testosterone and he said, ‘Yeah, we’ll stop that. You won’t do that anymore.’ He didn’t really tell me why,” Golding said.

One day Golding saw a legal ad for testosterone heart attacks on TV. It was a revelation for him.

It upset him and his wife. His wife wondered why the doctor didn’t know about the side effects.

“Right now, I still try to stay active. I get short of breath, and I don’t want to push it. My energy level is just not there.”

He warns others to research the drugs they take and to ask questions.

“There are side effects that you don’t find out about until something happens,” he said. “I read something about how pharmaceutical companies push drugs on a doctor. Maybe they forget to give them the side effects information.”

Golding has been trying to look for a lawyer, but unfortunately he has been unable to find legal help because he took generic depo-testosterone. Laws protect makers of generic drugs from lawsuits.

Still, he hopes to find a lawyer who will take his case.

Kevin Connolly Managing Editor
Who Am I Calling?