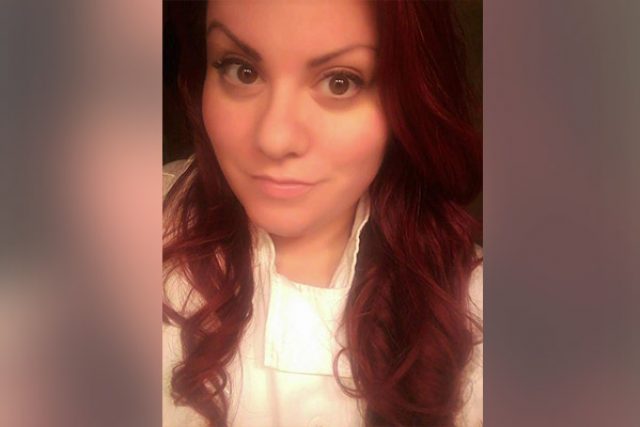 Some days, all 38-year-old Amanda Chavarria wants is to be able to walk without pain. A mother of three young children, including two with autism, she faces daily challenges. But, sometimes the biggest challenge of her day is being able to stand up long enough to do dishes.

“I just want to be able to wake up and not feel like I’m 90 years old. I know people that are older and they are in healthier shape than I am, and I’m young.” Chavarria told Drugwatch.

Fifteen years ago, before she received Essure birth control, she was healthy. Now, she blames the two metal coils implanted in her fallopian tubes for a host of ailments, including painful sex, pelvic pain, depression, migraines, and muscle and joint pain. The implant even caused her a life-threatening ectopic pregnancy, a condition that happens when the fetus grows outside the uterus.

“I’ve been to the hospital more times than I can think of that I know the ER doctor’s name and the nurses that are usually on staff.”

Because of the constant pain and fatigue, Chavarria has had difficulty keeping a job. She has been to the hospital several times for the cascade of symptoms she has suffered.

“Bad migraines — I’ve been hospitalized for three or four of them. I’ve been to the hospital more times than I can think of that I know the ER doctor’s name and the nurses that are usually on staff,” she says with a small bit of humor.

After thousands of women had reported adverse reactions to the U.S. Food and Drug Administration, the agency required a black box warning and restricted the device’s sales. Bayer discontinued Essure in December 2018, citing poor sales resulting from “misleading and inaccurate publicity.”

Chavarria is one of thousands of women who have claimed health issues from the device. As of Jan. 28, 2019, about 29,400 women had filed lawsuits against Bayer, according to its 2018 annual report.

The worst thing about Chavarria’s experience was she had had no idea doctors had implanted her with Essure.

At 22 years old, Chavarria had given birth to her children despite being on the pill and needed a better option for birth control. Her doctors tried to sell her on Essure. They told her the device would just block her eggs and sperm from connecting and that it was harmless and painless.

“I was really against [Essure]. I said no because I knew when I get older I was going to want to settle down and maybe have more children,” Chavarria said.

Her doctors continued to push Essure. When Chavarria had asked about an implantable intrauterine device, or IUD, her OBGYN told her the device “could hurt a man and could fall out,” and she didn’t recommend it. Her doctors told her about tubal ligation. They told her the fallopian tubes were like hoses. They could tie them and untie them when she wanted more children.

“I was so young and didn’t fully understand what was going on. I think I signed the wrong paperwork. I shouldn’t have been able to make that decision, I was told [later],” she said.

In December 2003, Chavarria went in for what she had thought was tubal ligation surgery. Instead, her doctors implanted her with Essure.

“All these medical problems back-to-back, my family labeled me a hypochondriac and an attention seeker.”

Shortly after the procedure, she began having pelvic pain and irregular menstrual cycles. Then the back pain, fatigue, rashes, swelling and migraines started. She also became depressed.

“All these medical problems back-to-back, my family labeled me a hypochondriac and an attention seeker,” she said.

She had dealt with the pain and mystery symptoms until she ended up in the hospital in 2015.

When Chavarria suddenly started bleeding during her shift at work, she thought it was her temperamental menstrual cycle. Her first reaction was to be embarrassed, and her manager sent her home.

When she got home, she felt sharp stabbing pains similar to labor. Frantic, she called her mom and said, “Something’s wrong. Call 911.” To this day, she doesn’t remember if an ambulance came or if her dad took her to the hospital, where doctors gave her the shock of her life.

“How do I explain this to my dad of all people that I’m pregnant,” Chavarria remembers thinking. “I hadn’t even told anybody that I was dating anybody. I was keeping it to myself. I wasn’t ready. I was beyond shocked. What? How? When?”

“I didn’t know if I should cry over losing the baby or cry because I had been sterilized at 23 … I felt betrayed, violated.”

Then, doctors delivered the bad news. The pregnancy was ectopic and was dangerously far along. The fetus was growing in her fallopian tubes, and she shouldn’t even be alive. Still, Chavarria was even more unprepared for what happened next.

After the surgeon removed the fetus and part of her fallopian tube, he discovered the Essure devices.

“I didn’t know if I should cry over losing the baby or cry because I had been sterilized at 23 … The minute he told me that, I just went into a depression. I felt betrayed, violated,” she said.

Now, Chavarria is trying to find a doctor who will help her remove the coils. She is currently in culinary school and studying to be a pastry chef. Despite her health difficulties, her dream is to open a business for her kids.

“If I could go back and tell myself, the 22-year-old me then, I would just say, ‘Just get the shot. Get the Depo-Provera shot,’” she said. “I hope women [affected by Essure] take action. I am going to have these health issues for the rest of my life.”